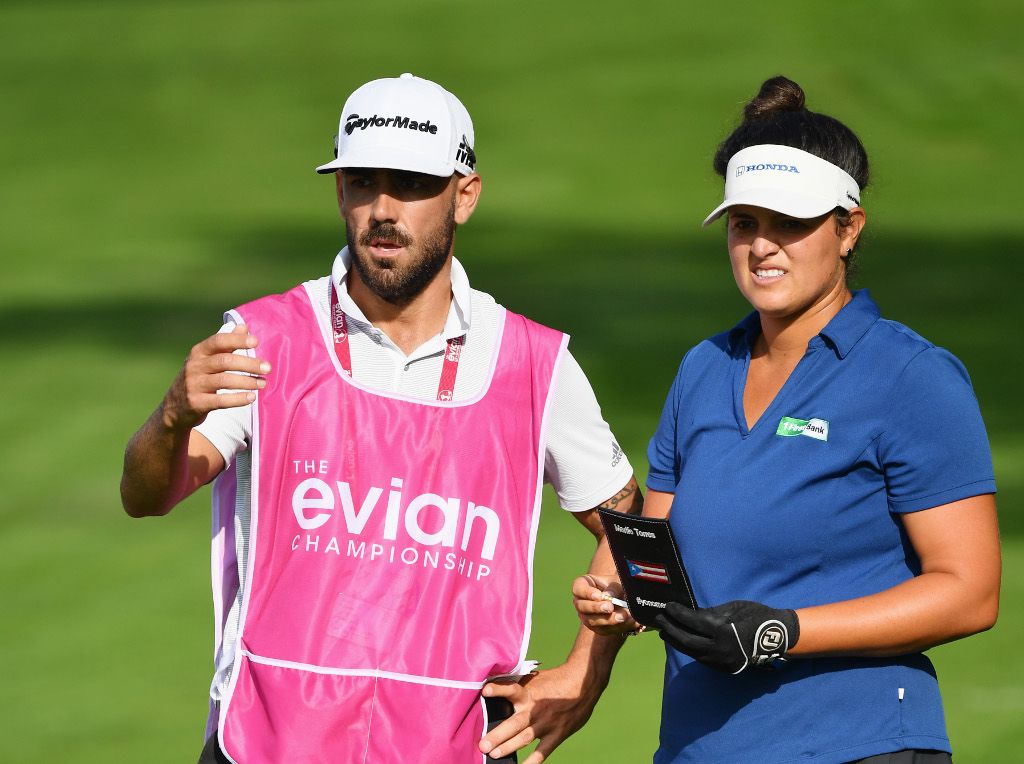 Rookie Maria Torres and Carlota Ciganda are tied at the top of the leaderboard after the opening round of the Evian Championship on Thursday.

The pair carded very different six under 65s at Evian-Les-Bains, enough for a one stroke lead over American Austin Ernst who is alone in second.

Ciganda was flawless in her round, finishing with a sixth birdie to set a lonng-standing clubhouse lead.

However, Torres took a different route, playing the last six holes in five under thanks to a birdie-birdie-eagle run that saw her charge up the leaderboard. A final gain on the par four 18th saw her join the Spaniard for the lead.

Last September, the Puerto Rican was at home when Hurricane Maria struck, making it a struggle her her to register for qualifying school. Torres eventually grabbed the last Tour card on offer by winning a three-way playoff in December.

“I just want to come here and play, and whatever happens, happens,” the world number 184 told the press after her round.

“It’s awesome to be here. I love it, I’m like almost rolling down the par-3s with all I’ve been eating here.”

“It was a very disappointing day.”

Further down the leaderboard in T4 on four under are Brooke Henderson, Nasa Hataoka and So Yeon Ryu of South Korea.