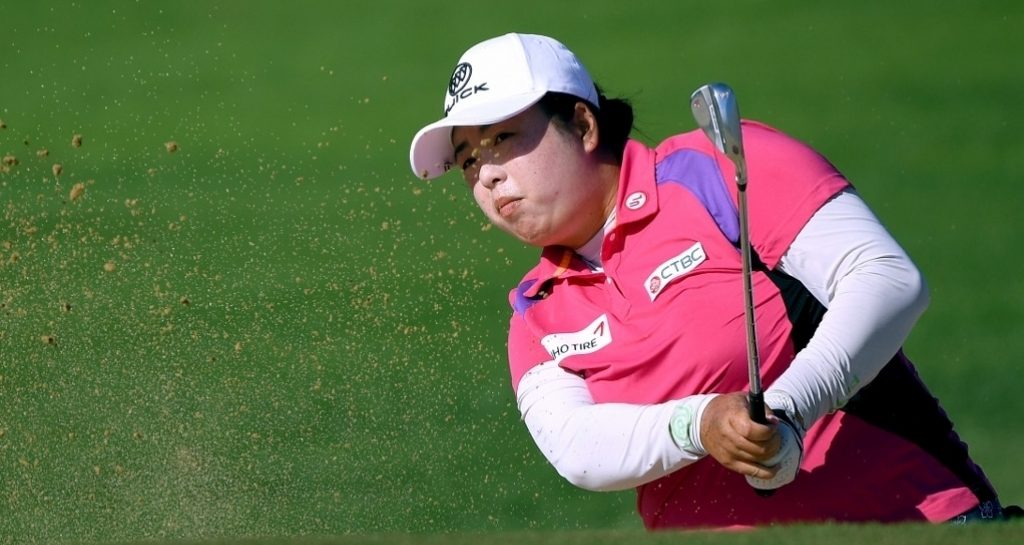 World No 1 Shanshan Feng finished like a house on fire to grab the first-round lead at the LPGA's Lotte Championship.

The Chinese star birdied three of her last five holes to sign for a five-under-par 67 at Ko Olina Golf Club.

That left her one stroke clear of three others – South Korea's Haeji Kang, Sweden's Martina Edberg and Canada's Brooke Henderson.

In case you missed any of the action catch up on highlights from round 1 of @LPGALOTTE pic.twitter.com/ElXmGt3O6e

Ko Olina has a repuation for offering a fierce and windy test, but Feng insists she finds the challenge of mastering a windy course 'exciting'.

"A lot of people would be like worrying, thinking 'Oh, my God, it's so windy,'" Feng said. "I wake up and I'm like, 'Yeah, it's windy.' That's why in this kind of situation I still stay patient on the course and still stay with my routine."

Local favourite Michelle Wie finished at even par after a double-bogey at the 15th hole.

Hawaiian favorite @themichellewie shoots an even-par round on day 1

"I feel like back in the day I was really used to the wind here because I played in it every week," said the Hawaii native. "Now that I'm living on the mainland and come back I get a little surprised by it."