Three-way tie at the top in Korea 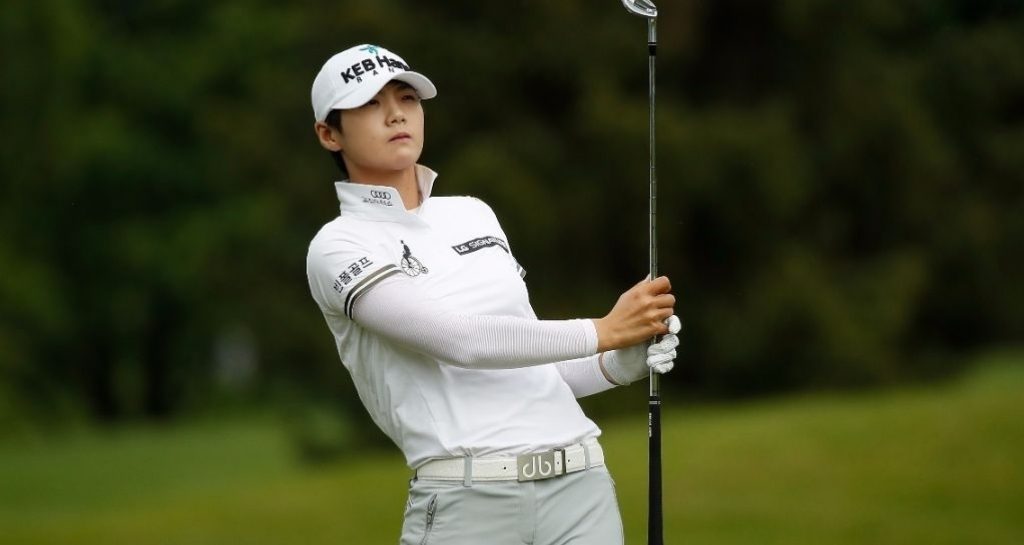 Sung Hyun Park, Min-Sun Kim and Minjee Lee are tied at the top of the LPGA’s KEB Hana Bank Championship after the opening round on Thursday.

The trio all carded superb six under 66s around the SKY72 Golf and Resort course, enough for a one stroke lead over a slew of players on five under that include Americans Cristie Kerr and Lizette Salas.

South Korea’s Park was particularly impressive, picking her way around the course without dropping a shot, showing good temperament to birdie the final two holes to grab a share of the lead.

Park seemed undeterred by her superstar playing partners, world number one So Yeon Ryu and number three Lexi Thompson, who featured in the final group of the day. Ryu would have to settle for an even par 71 while Thompson signed for three under 69.

Meanwhile, a consistent Lee rolled in eight birdies and two bogeys in her round. The Australian has enjoyed a good season, notching up eight top ten finishes but a win still eludes her. Lee hopes to change that this weekend.

“I’ve had a pretty solid year,” said the 21-year-old following her round.

“It would be nice to have a win for the remainder the season. That will be my goal.”