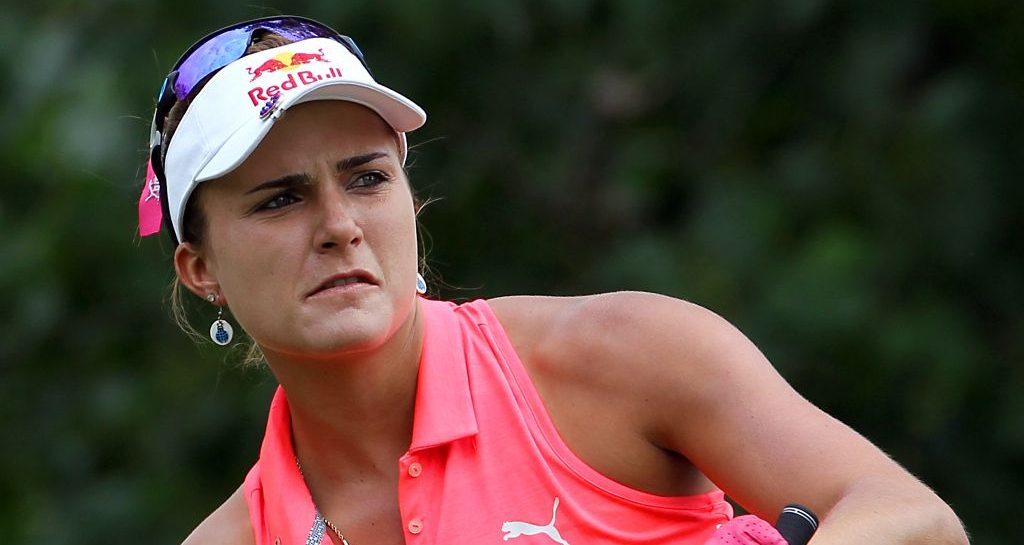 Lexi Thompson is eyeing a first victory in over a year after taking a three-shot lead on the second day of the LPGA’s season-ending CME Group Tour Championship in Florida.

The World No 8 continued to show her class at Tiburon Golf Club’s Gold Course, adding a five-under-par 67 to her opening 65 to move to 12 under par for the tournament.

It's a ruff life.@Lexi Thompson, with her puppy Leo, chatted with @TheAmyRogers following her 5-under 67 in the 2nd round of @CMEGroupLPGA.

She takes a 3-shot lead heading into the weekend. pic.twitter.com/4PyErPYLCS

That was three shots clear of nearest competitors Brittany Lincicome, who followed up her opening 64 with a 71 but nevertheless remained in second place, and overnight leader Amy Olson, who held a one-shot advantage at the start of the day but had to settle for a 72 on Friday.

Marina Alex and Nelly Korda are tied for fourth a further shot back, making it five Americans at the top of the leaderboard.

Hull added a second-round 68 to her opening 69 to play herself into contention.

The top 5 on the @CMEGroupLPGA leaderboard are waving the American flag and 7 out of the top 10 are representing the red, white and blue.

It was not a good day for teenage star Nasa Hataoka. The 19-year-old Japanese sensation had jumped from fourth to first in the projected CME Globe bonus race standings after her opening 64, giving her a chance of pipping World No 1 Ariya Jutanugarn in the race for the $1 million LPGA season bonus prize, but she sunk to a lowly 76 on Friday, dropping her eight shots off the pace.

Hataoka is now just one shot clear of Jutanugarn, who stayed steady with round of 70 and 71 to lie on three under.