Thompson loses at the 18th, but wins Race 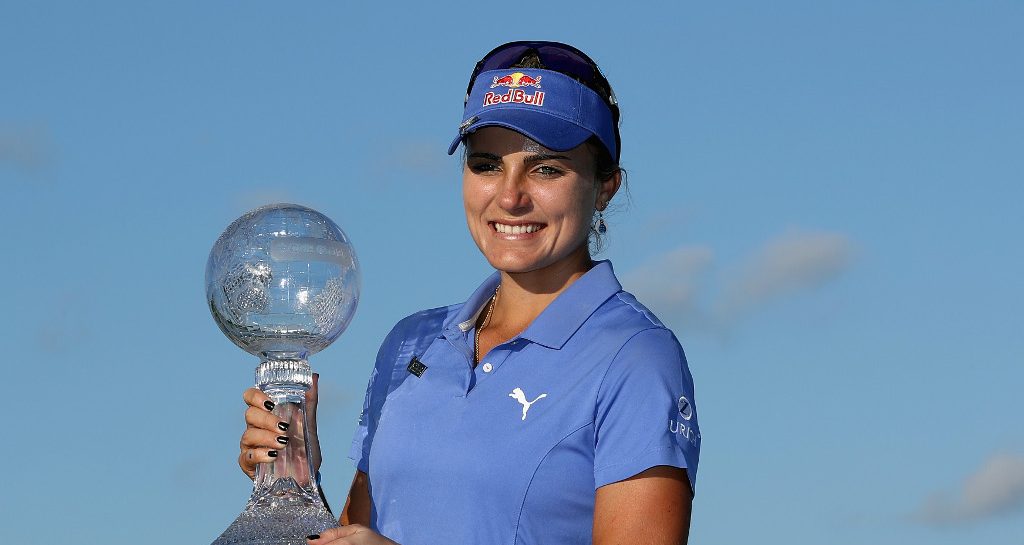 The final day of the LPGA season was emotional roller coaster for Lexi Thompson as the world number four let a title slip from her grasp, but ended up winning the Race to CME Globe and it’s $1 million dollar prize.

Thompson was leading by one shot with just one hole to play at the Tiburon Golf Club in south Florida, but proceeded to miss a two-foot putt on the final green which saw her drop back into a tie with second placed Jessica Korda

The putt left Thailand’s Ariya Jutanugarn to birdie the final hole to finish at 15-under par for a one-stroke victory and a seventh PGA title.

It all came down to the final putt and @jutanugarn comes out on top at the @CMEGroupLPGA!

Watch highlights from her final round: pic.twitter.com/y3xTacstoL

“It wasn’t the way I wanted to end it,” said Thompson afterwards. “I really don’t know what happened there. I wasn’t even thinking about it. I putted great the whole day. I did my routine; I guess it’s just golf. I’ll move on.”

Thompson enjoyed some consolation in the fact that by finishing tied for second was good enough to earn her victory in the Race to CME Globe and the million-dollar jackpot that goes with it.

Her 14-under par score also meant that the American took home the Vare Trophy for the lowest scoring average. Thompson’s average of 69.114 saw her claim the title for the first time, with tour rookie Park Sung-hyun in second place with an average of 69.247.

Park was also a winner as she claimed the Player of the Year award, sharing the title with compatriot So-Yeon Ryu after the duo finished the season tied on 162 points. Park became the first Rookie of the Year to win the award since Nancy Lopez back in 1978.

“It’s a great honor to be walking the same path as such a great player as Nancy Lopez,” Park said.

And to complete a hat-trick of title for the young Korean, Park also ended the year on top of the tour’s money list, the 24-year old’s tie for sixth place ensuring she finished the year with a whopping $2,335,883 in prize money for the season.