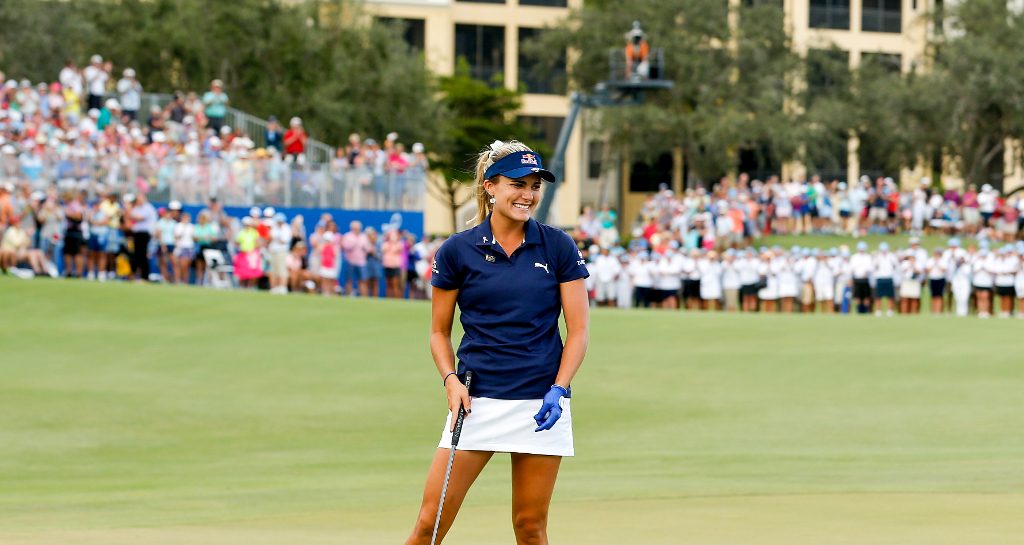 Lexi Thompson closed with a two-under-par-70 to cruise to victory in the CME Group Tour Championship in Naples on Sunday, while Ariya Jutanugarn claimed the Race to the CME Globe and the $1 million bonus that goes with it.

Thompson finished at 18-under-par, four shots ahead of fellow American Nelly Korda, to cruise to her 10th LPGA win of her career.

In the Winner's Circle with @Lexi Thompson @CMEGroupLPGA.#LPGANECStats @NEC pic.twitter.com/ztqWJnpjZd

“Just the up and downs and just the things I’ve been dealing with, they all kind of hit me this year.

“To be able to end the year like this and just keep on fighting throughout the whole year has meant the world to me. Just shows anything is possible.

“You have to fight through whatever you’re going through.”

Heading into the final weekend of the LPGA’s 2018 season, Jutanugarn was the Race to the CME Globe points leader as well as the number one ranked player in the world.

After closing with a 66 that left her with a T5 finish at Tiburon Golf Club, Jutanugarn’s lead was finalized and her title of Race to the CME Globe champion was confirmed.

When asked what she would do with her $1 million she won for the #RaceToCMEGlobe, @Jutanugarn said "spend it on my family"@CMEGroup pic.twitter.com/vgKwjlgqDx

“Because like first three rounds I can’t play golf at all because thinking about everything too much.

“Today I didn’t think about that, like never, so I did a pretty good job today.”

As winner of the Race to the CME Globe, the young Thai star takes home a neat $1 million bonus.