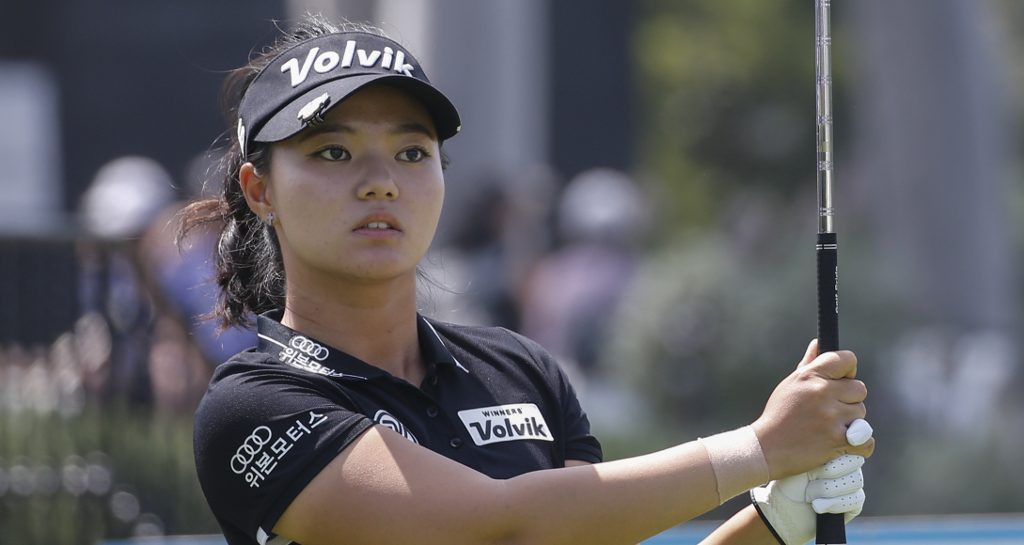 Nineteen-year-old Chun has struggled for form in her first full season on the LPGA Tour, missing eight cuts in 11 starts, but shot the lowest round of her fledgling career at Highland Meadows in Sylvania, Ohio, on Thursday.

Surprisingly, the youngster revealed afterwards she wasn’t aware she had shot 64.

“There are three more rounds, but I’m just happy that my name is up there.”

"I just focused on making lots of birdies."

19-year-old rookie @chun_youngin is currently tied for the lead at the @MarathonLPGA after carding a 7-under 64 this morning. pic.twitter.com/zdJGNAcXfN

Chun admitted her rookie season has been tough going, with a tendency for her tee shots and irons to veer off to the left a particular thorn in her side.

“First year on LPGA, kind of tough year; but my shots are getting better and better,” she said. “When I make a mistake, ball go left, but this week I’m trying to start right side of the pin.

“My driver wasn’t that good. but iron was so good. Narrow fairway but small green. I’m just focused on trying to make birdies.”

As for co-leader Sharp, the Canadian rolled in three birdies in a row starting at the 13th, and also had back-to-back birdies at the third and fourth holes and again at the seventh and eighth.

“I played really well right from the first tee shot. I felt really calm,” she said. “I’m hitting it really well, so I think I took advantage of a little bit softer greens. I hit a lot of good wedges.

Some big names lie on five under, two back, including Lexi Thompson, Carlota Ciganda, Azahara Munoz and Jeongeun Lee6, while Brooke Henderson, fresh from being named Female Golfer of the Year at the ESPY Awards, opening with a 67 to lie three strokes adrift.