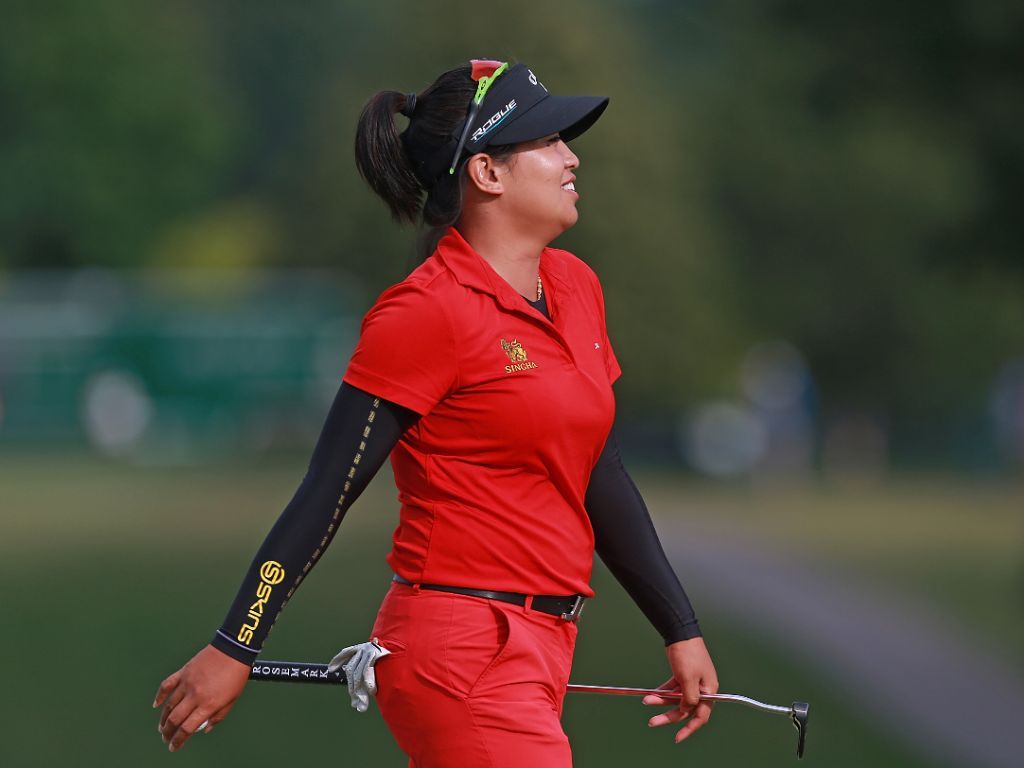 Thidapa Suwannapura overcame a rollercoaster opening day at the Marathon Classic to take a one shot advantage into the second round.

The Thai player had 10 birdies and four bogeys during her six under par 65 at the Highland Meadows Golf Club, with a birdie on the last seing her nudge ahead of the chasing pack.

Suwannapura is yet to taste victory on the LPGA tour, but the 25-year-old produced her best form for the back nine, where seven of her 10 birdies arrived.

Take a look at this scorecard from @thidapa_jts! She holds the currently lead by one shot at @MarathonLPGA#LPGAHotRound @NEC #NECLPGAStats pic.twitter.com/bF2ZLeITEe

“There was a lot of drop on the back nine, and I just keep playing. I didn’t really look at the leaderboard, and did not even expect anything.”

A group of seven players are on Suwannapura’s trail at five under, including the South Korean trio of Chun In-gee, Lee Mi-rim and defending champion Kim In-kyung.

.@thidapa_jts was quite surprised when she found out she had 10 birdies on the card today!

Kim was five under for the front nine, but then could only register a bogey and a birdie on the home run.

Sweden’s Caroline Hedwall, Taiwan’s Tseng Ya-ni and American duo Jacqui Concolino and Katelyn Dambaugh complete the seven players at five under, with another eight at four under, including Canada’s Brooke Henderson.