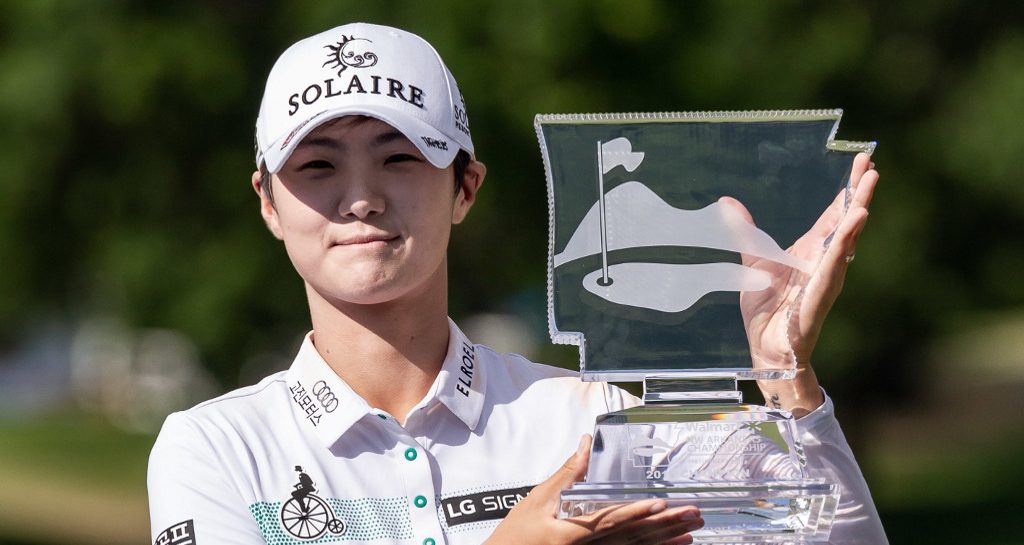 A birdie on the 72nd hole handed South Korean Sung Hyun Park a one-shot victory at the NW Arkansas Championship on Sunday.

The 25-year-old is set to return to the top of the world rankings after clinching her second LPGA Tour title of the year, and seventh overall, with a sparkling final-round 66 at Pinnacle Country Club in Rogers, Arkansas.

Park, who is a massive celebrity in her native South Korea, finished just one stroke clear of American Danielle Kang and compatriots Hyo Joo Kim and Inbee Park, all three of whom closed with impressive 65s.

Park gained a share of the lead after back-to-back birdies at 13 and 14, and then managed a two-putt for birdie from 50 feet on the last to secure the trophy.

“To be honest, my round today didn’t go as well as I thought it would,” said Park, who could only muster two birdies and a bogey on the front nine. “But I talked with my caddie, and we both said there’s still a lot of hope left. Every single shot was really important.”

Sung Hyun Park won the 2019 @NWAChampionship by 1-stroke for the 7th win of her career. She is also projected to move to the top spot in the @Rolex Rankings. We spoke with her after her win ==> pic.twitter.com/ffOTIabYvA

Runner-up Kang rocketed up the leaderboard late in the day with eagle at 14 and birdies at 16, 17 and 18 but still came up just short.

“I definitely finished well,” she said. “I gave everything I’ve got the last nine holes, so came up one shot short. Wish we could have gone to playoff.”

Former World No 1 Inbee Park came within a whisker of her first win in over a year, but blamed her putter for not getting the job done.

“I had a lot of birdie opportunities, but I wasn’t able to convert enough,” she said. “My putting was just a little bit weak compared to other parts of the game today.”

The day belonged to Park, however, who won the HSBC Women’s World Championship in Singapore in March before finishing runner-up in the Women’s PGA Championship last week.

It’s the kind of consistency that will see her return to the top of the world rankings on Monday, although she admits as blessings go it is a bit of a mixed one.

“It would definitely be good to be back on the top, but to be honest, there was a lot of pressure when I was the No. 1,” she added.