Sung Hyun Park back in familiar territory at Thornberry Classic 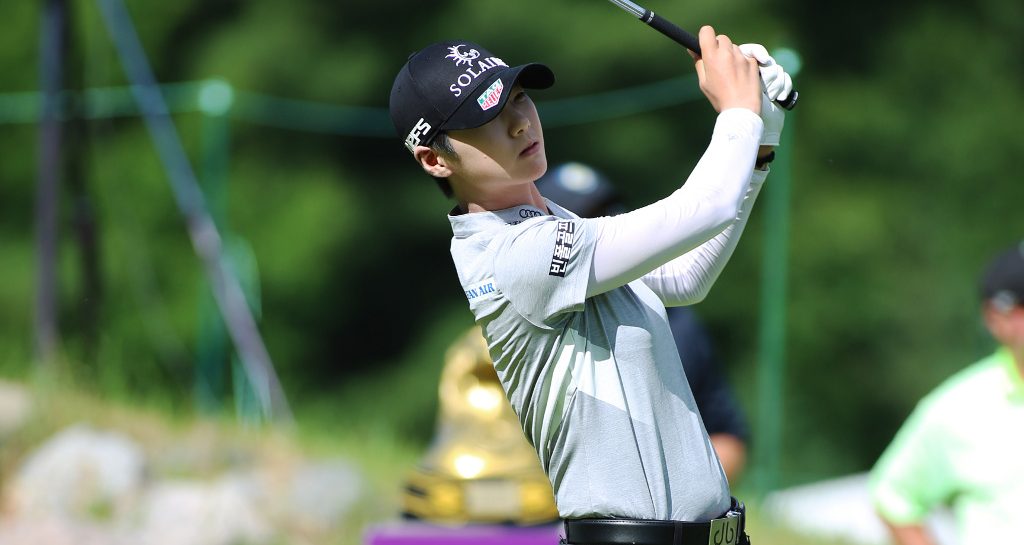 Less than a week after clinching her second win of the year and returning to the World No 1 spot, Sung Hyun Park is back in the lead.

The 25-year-old South Korean fired a spectacular nine-under-par 62 to claim a one-shot advantage at the Thornberry Creek LPGA Classic on Friday.

Park rolled in four straight birdies beginning at the par-four sixth and then repeated the feat after the turn with another four straight starting from the par-five 13th.

That saw her finish with a 17-under 127 total at the halfway stage of the LPGA Tour event in Oneida, Wisconsin, one shot clear of tour rookie Yealimi Noh.

Players continued to shoot low scores in Wisconsin as things heat up at the @thornberrylpga.

“I made four birdies in a row twice today. I honestly didn’t know,” Park said. “When I was eight under today, I thought I was seven under.”

Park is fresh off a win at last week’s NW Arkansas Championship – her second of the year following her triumph at the HSBC Women’s World Championship in March – and one that saw her return to the top of the world rankings.

It’s a far cry from second-placed Noh, who is making her pro debut at this tournament after turning down a college offer to head straight to the LPGA.

The 17-year-old opened with a 63 on Thursday and followed it up with another impressive round of 65 to lie one shot off the pace.

From Monday qualifying to the final group on Saturday@YealimiNoh gets to 16-under at the @thornberrylpga!

Watch the third round on @GolfChannel tomorrow! pic.twitter.com/jW4dffG6Wu

Former World No 1 Ariya Jutanugarn follows a further shot behind in third after adding a 64 to her opening 65.

Jutanugarn expects to see a lot of birdies on the weekend.

“Actually, I feel like it’s really tough for me because I felt like every hole, everybody have the chance to make birdie,” she said.

American’s Mina Harigae and Tiffany Joh are tied for fourth at 14 under after rounds of 63 and 66 respectively.