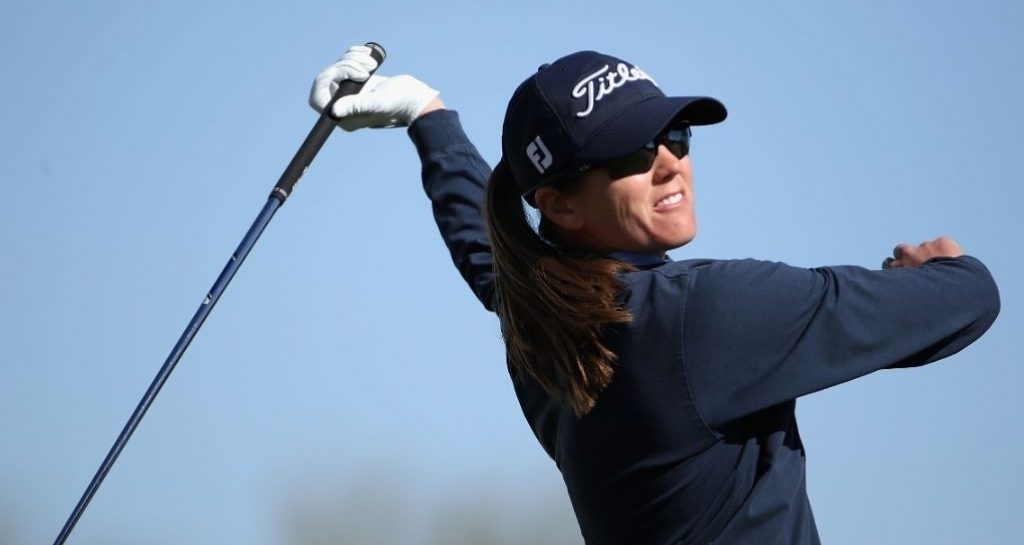 A stunning eagle from the fairway of the par four 13th helped Cydney Clanton earn a one-shot at the halfway point of the Founders Cup.

Clanton’s wedge flew straight into the hole on the first bounce and was the most eye-catching moment of a round of 67, which also saw birdies on the 11th, 15th and 18th.

The American moved to nine under overall for the tournament – one shot clear of the quartet of Ariya Jutanugarn, Marina Alex, Karine Icher and Mariajo Uribe.

"It's pretty special to hole out. Any time you don't have to putt it's nice."

In fair conditions, it was a good day for scoring, with Jessica Korda and Mo Martin at seven under, and Michelle Wie topping the group at six under.

Wie – fresh off her success at the HSBC Women's World Championship – rewarded a huge following in the stands after her four under round saw her briefly top the leaderboard earlier in the day.