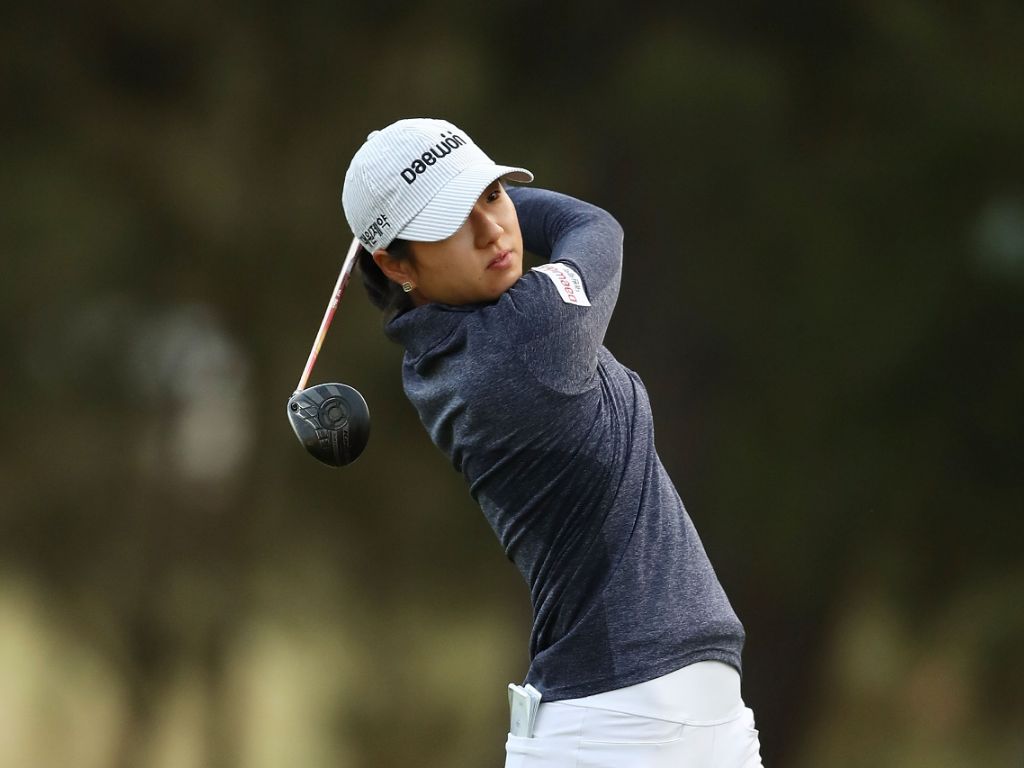 Kelly Shon picked up six shots over the final six holes to join So Yeon Ryu at the top of the Meijer LPGA Classic leaderboard.

Shon completed the back nine in seven under at the Blythefield Country Club, as the American put herself in contention for a maiden LPGA Tour title.

The 26-year-old sank birdies on the first, fourth, fifth and seventh, before an eagle on the eighth and then another birdie on the par four ninth.

“I haven’t liked this golf course, but to be honest, it’s playing a little bit different than it has in the past,” Shon said.

.@suohgolf talks continuing to be in the mix week to week and trying to keep her name on Team Australia for @ULIntlCrown@MeijerLPGA pic.twitter.com/AJ2sPXjaGC

“A couple of the tee boxes have changed and the course itself. The weather’s just perfect, which is also something we’re not used to all the time so far this year.”

Former US Women’s Open champion Ryu is winless this season, but set the pace with birdies on four of the par fives in her blemish-free round.

Ryu said: “To be honest, if I talk about this season, I’m not really fully satisfied with it. Hopefully, this week I’m going to start playing really well and hopefully I can win this tournament.”

.@suohgolf has another great start to a tournament and finishes with a 6-under 66 at @MeijerLPGA! pic.twitter.com/jvtb6HeJDp

Anna Nordqvist, Su Oh and Celine Herbin are two shots adrift of Shon and Ryu after rounds of 66, while Sophia Popov, Caroline Masson and Lee-Anne Pace are one further back after 67s.