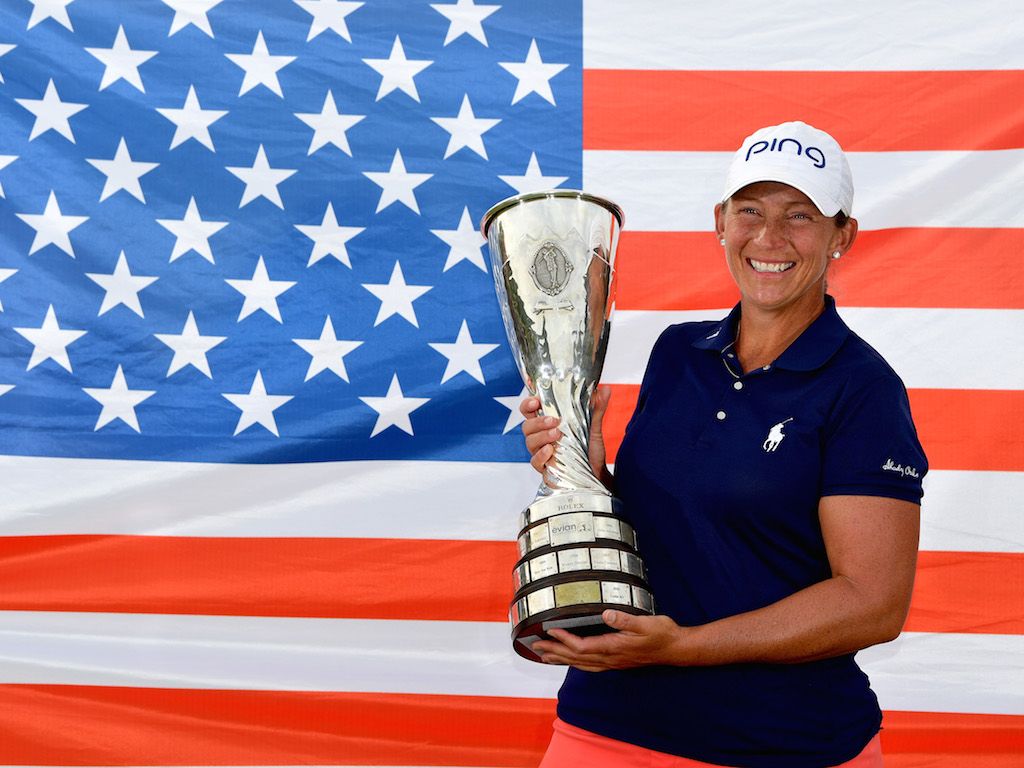 Angela Stanford won her first major title in a harrowing end to the Evian Championship as fellow American Amy Olson double-bogeyed the last hole while leading.

Stanford posted a three-under-par-68 at Evian Resort Golf Club to set the clubhouse target at 12-under-par. Her last four holes contained an eagle, a double bogey, a birdie and a par.

Rival Olson was a shot clear of Stanford going down the par-four 18th, but finished with a six.

Consequently, in her 18th year on tour and after a wild and tearful final few holes, Stanford became a major tournament champion for the first time in her career.

ICYMI: Final round highlights from @EvianChamp where @Angela_Stanford taught us all to never give up. pic.twitter.com/P8EqCIYVuK

“I really don’t know what has just happened,” a tearful Stanford said afterwards.

“I am so happy. Sometimes things just catch you off guard. Just when you think you’re done then this happens.”

Stanford becomes the first American to win the Evian Championship since it became a major championship in 2013.

The 40-year-old also continued America’s record of having at least one major champion in every season since 2013.