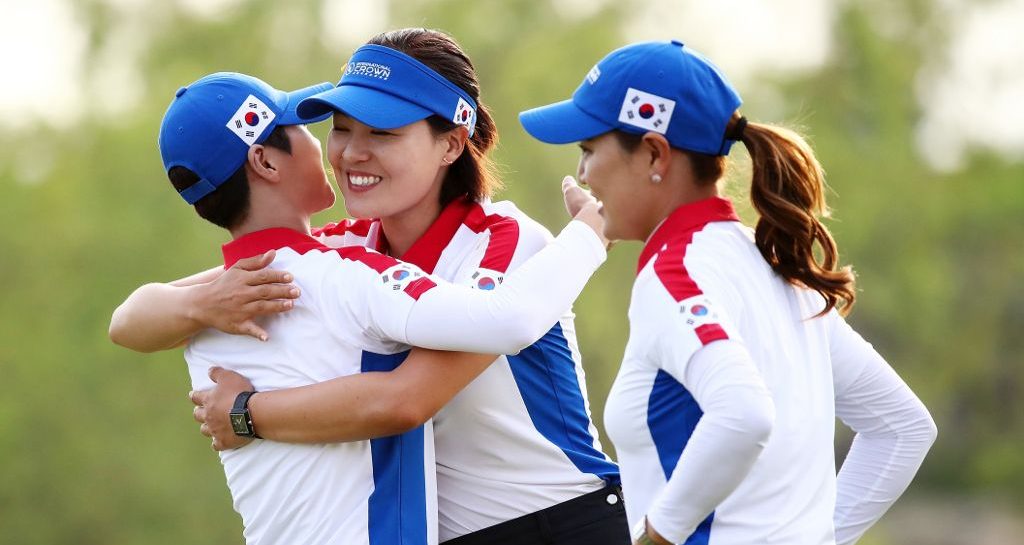 If the first day’s action is anything to go by, hosts South Korea will be dominating the UL International Crown match play competition this weekend.

The home team were the only ones to win both of their fourball matches on the opening day in Incheon.

Team #KOR sweeps #TPE to take the lead at the @ULIntlCrown! Watch highlights:

Sung Hyun Park and In-Kyung Kim thrilled the crowds with their 1-up victory over Chinese Taipei’s Candie Kung and Phoebe Yao.

The highlight of the round came when Sung drove the 14th green to set up an eagle-2.

“When I was doing the practice round, I thought that No. 14 was a drivable hole, so I knew that I really wanted to try to get it to the green on one go,” said Park, who left herself just seven feet for the eagle.

“In fact, the winds were really favorable as well and on my tee shot, I was really confident with that shot.”

Later on, In Gee Chun and So Yeon Ryu picked up two more points for South Korea as they secured a 2-up victory over Teresa Lu and Wei-Ling Hsu.

That left the home side on top of in Pool A with four points from a possible four, but England are just one point behind after managing to earn three points from their two matches.

Miss anything from the #ENG vs. #AUS matches? Watch highlights right here: @ULIntlCrown

Thailand lead Pool B after securing three points from their two matches against Japan. The Jutanugarn sisters – Ariya and Moriya – were both in action but played in separate pairs.

Watch highlights from the day one matchup of #JPN vs. #THA @ULIntlCrown

The USA and Sweden share second place with two points each after the two nations played to a stalemate, each winning one match and losing the other.

Catch up on highlights from the matchup of team #USA vs. #SWE @ULIntlCrown