Song on song in Singapore 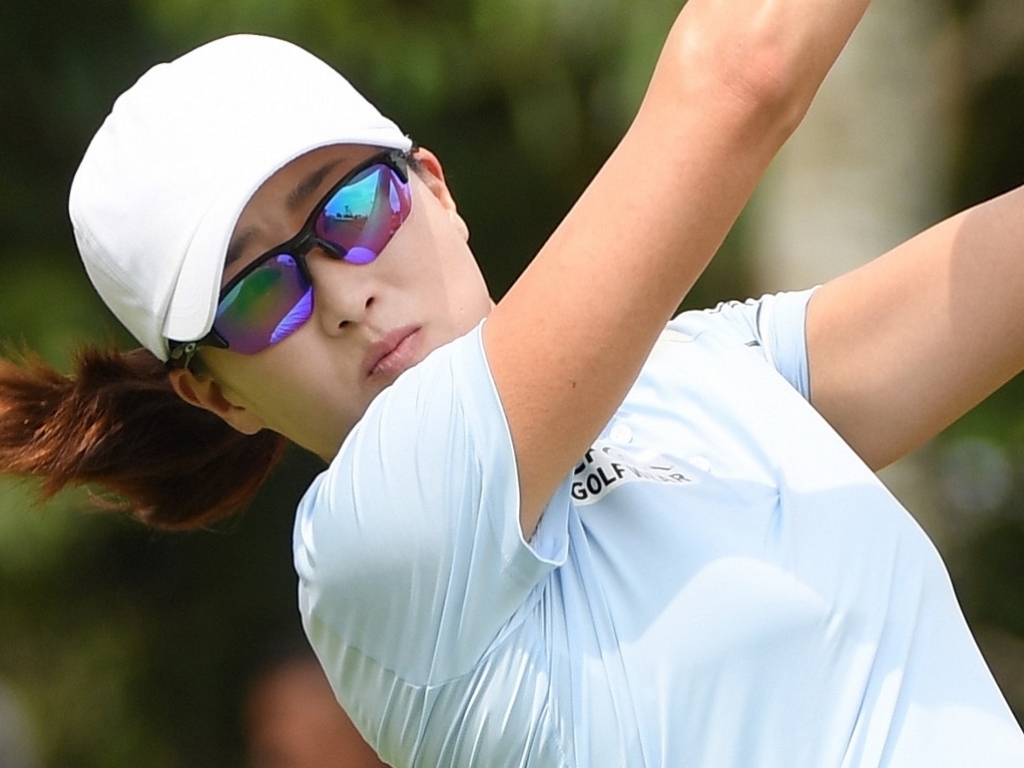 American Jennifer Song is the surprise first-round leader at the HSBC Women's World Championship in Singapore thanks to a stellar seven-under-par 65.

The unheralded Song has never won in almost eight years the LPGA Tour, but gave herself the perfect opportunity to do just that thanks to seven birdies in a bogey-free opening round at the Sentosa Golf Club's New Tanjong Course.

Jennifer Song goes -7 in day one of the #HWWC. pic.twitter.com/g5CgUMHhHP

Not that she will have it all her own way.

Lying just two shots behind Song after opening 65s are Michelle Wie and Eun-Hee Ji, while a large group of nine players follow on four under in a tie for third – including last week's winner in Thailand, Jessica Korda, Thailand's World No 7 Ariya Jutanugarn, and talented young Canadian Brooke Henderson.

Song would have only a one-stroke lead but for Michelle Wie's disappointing three-putt on the 18th. Still, the American has been in good form so far this year, and is positive about her chances this weekend.

There must be something about @themichellewie and Singapore! She’s on top of the leaderboard after day one! @HSBC_Sport #HWWC pic.twitter.com/5uDThUHENL

"I just misread them on the last hole, so I feel really good about it. I just had a really tough lie for my second shot there unfortunately, but can't complain with a five-under first round," Wie said.

"Felt like I placed myself in a good position today, so hopefully the next three days, make my birdies. I three-putted twice today, so no more of that."

Elsewhere, defending champion Inbee Park opened with a one-over 73, while Lydia Ko is tied-27th after a 71. World No 1 Shanshan Feng opened with a 70 to lie tied-17th.