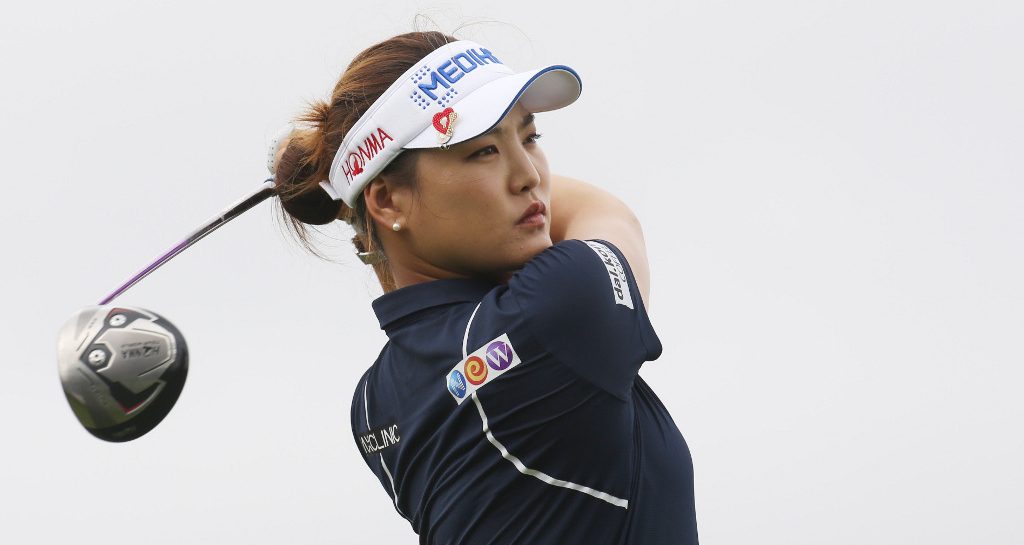 A two-under-par 70 proved good enough to see So Yeon Ryu grab the sole lead after the second round of the LPGA Mediheal Championship on Friday.

Ryu, who shared the first-round lead with South Korea’s Ji Eun-hee and Anne van Dam of the Netherlands, didn’t have the best day by her own admission.

After picking up two birdies in her opening four holes, she managed just one more thanks to a chip-in at the par-three 12th, although she gave that shot back at the 16th for a seven-under-par 137 total at Lake Merced in Daly City, California.

“It was just a grinding day,” said Ryu.

"I guess once you believe it, you can do it."@1soyeonryu (-7) heads in to the weekend at the @MEDIHEALChamp
as the solo leader.

With the winds proving unpredictable on the day, it made for difficult scoring conditions.

“It felt like the wind was really strong into (a shot), and then all of a sudden it stopped,” she said. “But I shot two-under par — never complain with two-under par.”

Ryu was pleased with her chip-in at 12, where she feels she was able to trust her intuition.

No biggie! @1soyeonryu chips in on 12 to extend her lead by 3 @MEDIHEALChamp.

“I tried to visualize it clearly and then I made it,” she said. “I guess if you believe it you can do it.

“That’s the behavior I really need to have for the weekend.”

Ryo lies one shot clear of compatriot Sei Young Kim and American Ryann O’Toole, who had rounds of 66 and 65 respectively.

O’Toole was able to birdie three of her last four holes to lift herself 82 places up the leaderboard following her opening 73.

Overnight co-leader Eun-Hee Ji shares fourth place on five under after a 72. She was tied with compatriots Inbee Park (69), He Yong Choi (65) and Na Yeon Choi (67) and England’s Charley Hull (70).

As for fellow Van Dam, she slumped to a 77 that saw her drop down to tied-31st.