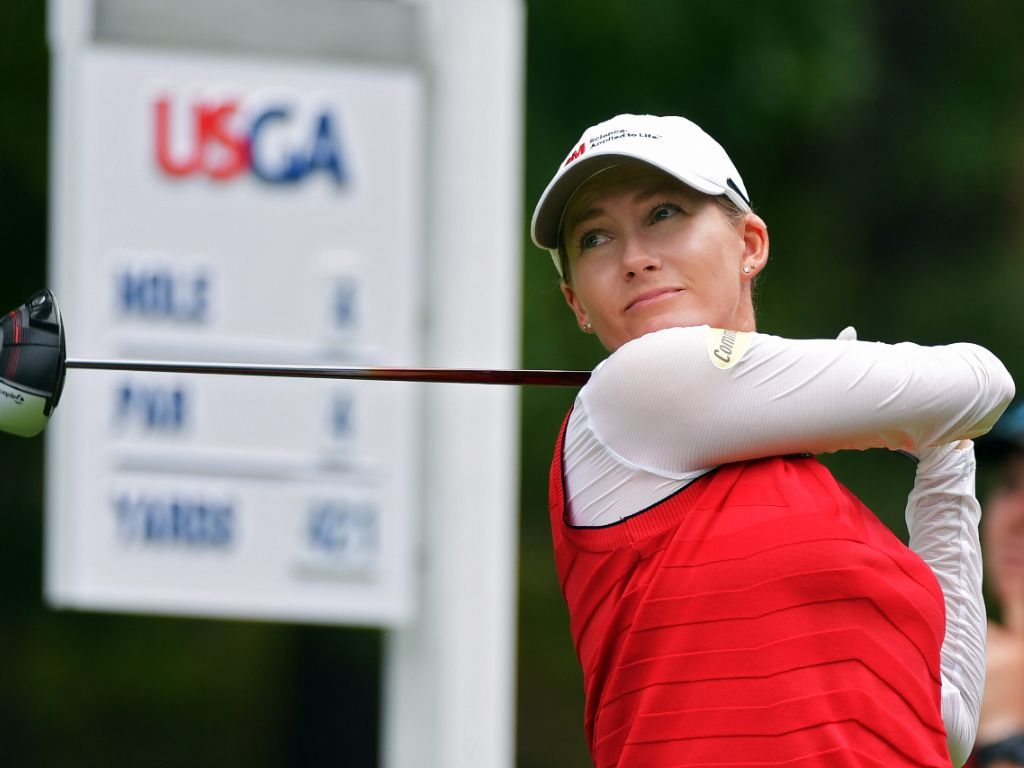 Sarah Jane Smith moved four shots clear at the US Women’s Open after dodging the thunderstorms in Alabama.

Smith shot a second successive five under 67 at Shoal Creek to forge a dominant advantage at 10 under overall after the Australian completed her round before a near three-hour delay for bad weather, which ultimately forced play to be halted early.

The 33-year-old had failed to make the cut in five of her previous six US Open appearances, but at the halfway point, she is on course for her first LPGA title. Smith again completed the back nine at five under, before finishing the front nine in par.

“I haven’t been in the position before, but I hope to show up like it’s another day,” Smith said.

“I’;m happy with the way I’m playing. I feel comfortable on the greens which has been something that has been a little bit off lately.

“So it’s s nice to be able to feel like I’m seeing the greens really well and seeing some putts go in. Hopefully that keeps going.”/span>

Smith began the day alongside Ariya Jutanugarn and Jeongeun6 Lee at the top of the leaderboard.

Like half the field, Jutanugarn must still finish her round after she was lying at six under following eight holes. Korean-born SuSu-Hyun Oh lies alongside her in joint second after shooting a 68.

.@suohgolf says she's caught some good breaks so far at the #USWomensOpen where's she's currently T2. She spoke with @TheAmyRogers after today's round ==> pic.twitter.com/5gwq4zBXj4

Lee, meanwhile, plummeted down the leaderboard to two under after a 75.

Seven players are lying at three under, including world number one Inbee Park.