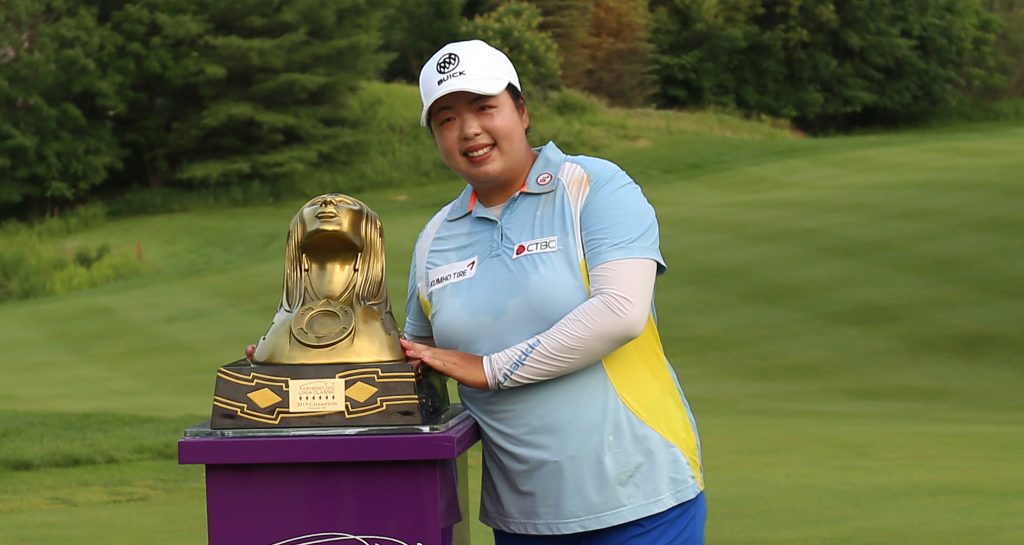 China’s Shanshan Feng returned to the winner’s circle for the first time since 2017 with a one-stroke victory at the Thornberry Creek LPGA Classic.

Feng secured the 10th LPGA Tour title of her career with a closing nine-under-par 63 in Wisconsin on Sunday to finish one stroke clear of Ariya Jutanugarn.

The two women were engaged in a back-nine duel for the title, which Feng narrowly edged after rolling in four birdies in her final six holes.

When Jutanugarn birdied the 18th to finish on 28 under, Feng knew she needed a birdie of her own at the last to avoid a play-off. She was able to deliver after leaving herself just three feet for victory following a pinpoint seven-iron into the green.

“I was aiming for 30 under, that was my goal,” said Feng. “The last putt was a lot of pressure but I just told myself to make another good putt.

“I was walking up the green and I thought I had it but then I looked up at the scoreboard and realized I have got to make this putt.”

For Jutanugarn, it was another near miss after leading by as many as three strokes at one point during the final round before Feng made her move.

South Korea’s Amy Yang shot a 65 to finish in a tie for third on 25 under with American Tiffany Joh, who shot 67.

Kim Hyo-joo fired an eight-under 64 to finish alone in fifth, five shots back of Feng.