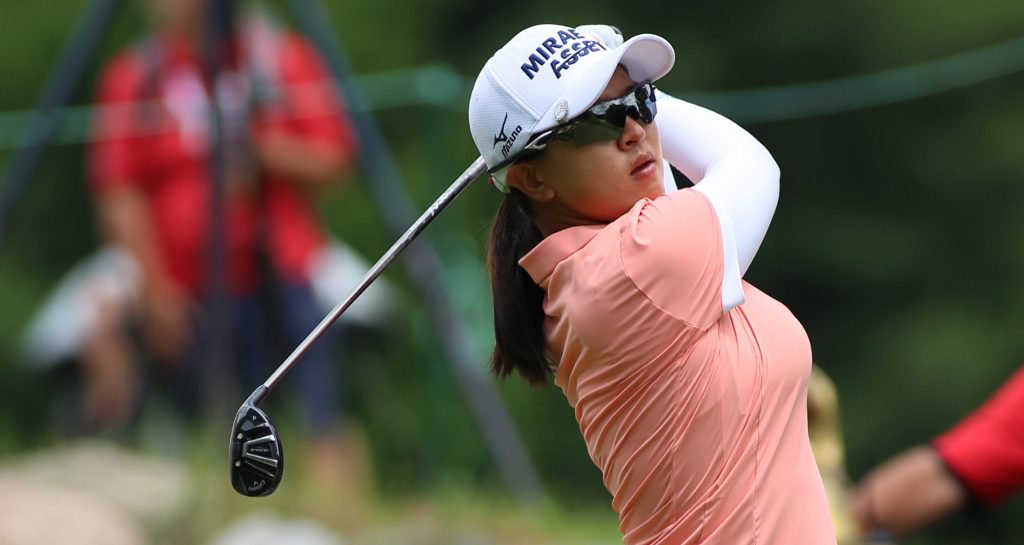 South Korean Sei Young Kim is in the hunt for her second win of the season after seizing a one-shot lead after 36 holes of the LPGA Marathon Classic.

The former LPGA Rookie of the Year and eight-time winner fired a bogey-free seven-under-par 64 to lead by one stroke over compatriot Jeongeun Lee6, who won the US Women’s Open last month.

Kim made four straight birdies in her round starting from the third hole, and then added three more on 12, 15 and the closing 18th.

That took her total to 11-under 131 at Highland Meadows in Sylvania, Ohio.

"I'm very happy with a seven under today."@SY_KIM_lpga shot a 64 on Friday, setting her up as the solo leader heading into Saturday. pic.twitter.com/02v1O4Lqzq

“Just doing my best,” Kim said. “I try my best, and then if I play good, just keep it going.

“I made a couple long putts. Greens are very pure, so if I read it really good it works.

“I’m very excited, but I try to calm down because I have two more rounds. I’ll just let it come to me.”

Lee6 moved into second place with a second straight 66 to lie one shot ahead of three Americans – Lexi Thompson (67), Stacy Lewis (68) and Jennifer Kupcho (66).

“I did pretty good,” Lee6 said. “My putting started improving. I didn’t make any three-putts so I’m pretty satisfied with it.”

Overnight leader Youngin Chun could only follow up her opening 64 with a 70 to lie on eight under, three back, alongside Carlota Ciganda (68) and Clariss Guce (68).