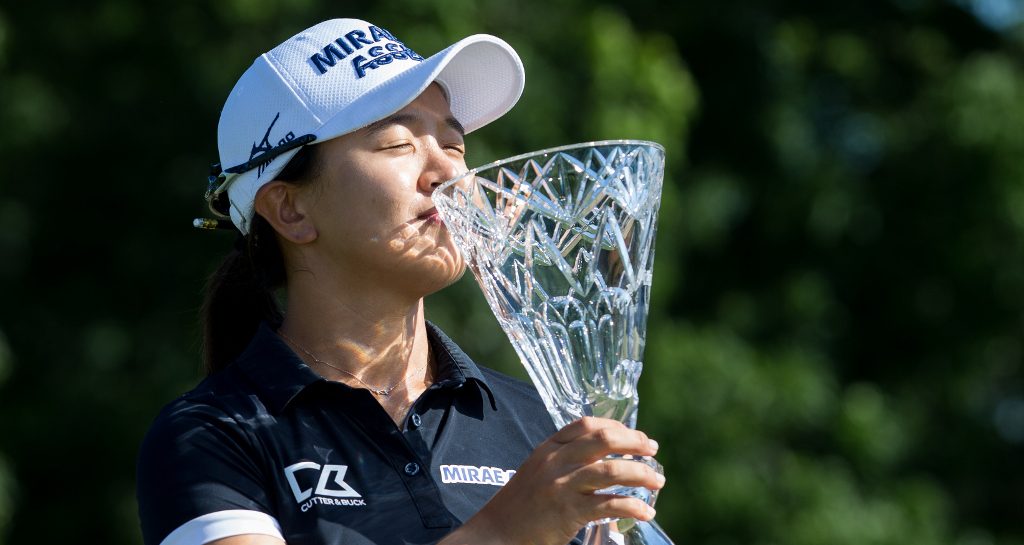 Sei Young Kim returned to the winner’s circle at the Marathon Classic on Sunday after a closing six-under-par 65 saw her finish two strokes clear of Lexi Thompson.

Starting with a birdie at the second, Kim proceeded to catch fire midway through her round, making five straight birdies starting from the eighth to seize the tournament by the scruff of the neck.

Another birdie followed at the 15th, and even though she gave that shot straight back with her only bogey of the day at 16, she had already done enough to secure her second LPGA Tour victory of the season.

Sunday at the @MarathonLPGA saw barrage of low scores including @SY_KIM_lpga firing a 65 to win in Ohio.

“I really wanted another win, especially this week, because the last two weeks I play really bad,” said Kim, who finished with a tournament-record 22-under 262 total.

Thompson started the day a shot behind Kim, but left herself with too much to do down the stretch, and not even a spectacular birdie-eagle finish for a closing 66 was enough to deny the champion.

Kim is now looking ahead to the final two majors of the year, the Evian Championship and Women’s British Open.

"I get confidence from this tournament win, so hopefully make good results in the next two major tournaments."@SY_KIM_lpga hopes to use the momentum from today's win to propel her through the European major tournaments. pic.twitter.com/ipvXCjQkpO

Stacy Lewis, from nearby Toledo, was third at 16 under after a 66.

“It was a lot of fun,” said the former World No 1, who has struggled for form in recent seasons. “More putts have gone in this week than in the years past. It was nice to give my family something to cheer for.”

US Women’s Open champion Jeongeun Lee6 finished fourth on 14 under after a 69.