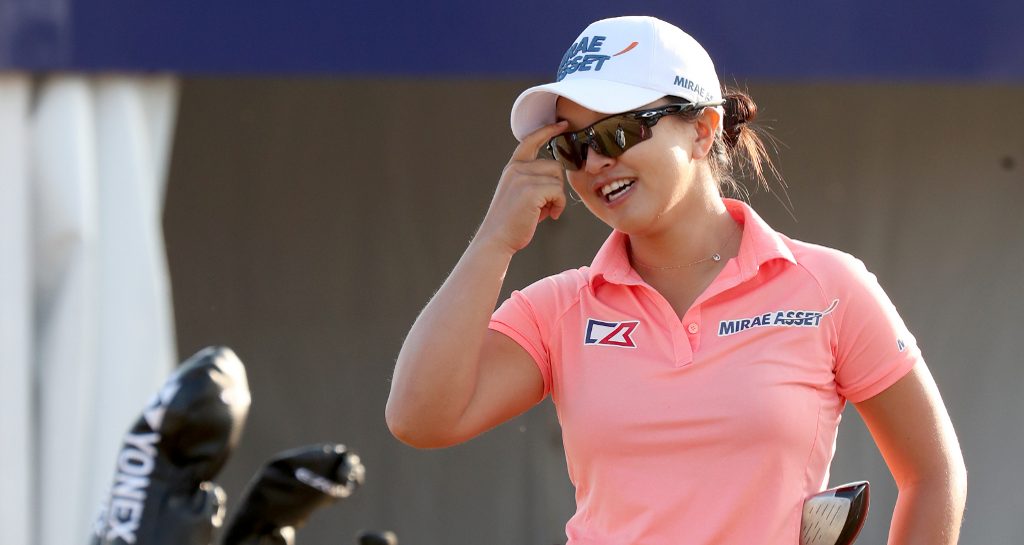 Her victory was made all the more remarkable by the fact that she started the day at Lake Merced in Daly City, California, with a three-shot lead, only to open with a double-bogey and a bogey in her first two holes to completely wipe out her advantage.

Another bogey at the eighth saw her make the turn in 40, but luckily for Kim none of her closest rivals were able to take advantage of her struggles.

It was left to Lee and Law, who rose up the leaderboard with rounds of 67 and 65 respectively, to challenge her for the title.

We had our first playoff of the year on the @LPGA Tour, and @SY_KIM_lpga earned her eighth @LPGA Tour victory over @brontemaylaw and Jeongeun Lee6.

Kim finally made her first birdie of the day at the par-5 15th but gave the shot back at 17 where she made another bogey.

Needing a birdie at the last to force her way into a playoff with Law and Lee, however, Kim delivered, and when the trio returned to the par-5 18th, only she could make a two-putt birdie, as Lee failed to get up and down from the back of the green and Law failed to reach the green in two.

“It was really frustrating because the beginning holes I had, like, double and a bogey,” said Kim, who has won every one of the four playoffs she’s contested on the LPGA Tour. “I tried to keep going and focus.

“It was really hard because my position was in the last group — all day I had the pressure.”

"I can't believe it right now, it's a dream come true."@SY_KIM_lpga's @LPGA Tour playoff record stands at 4-0 after her victory at the @MEDIHEALChamp.