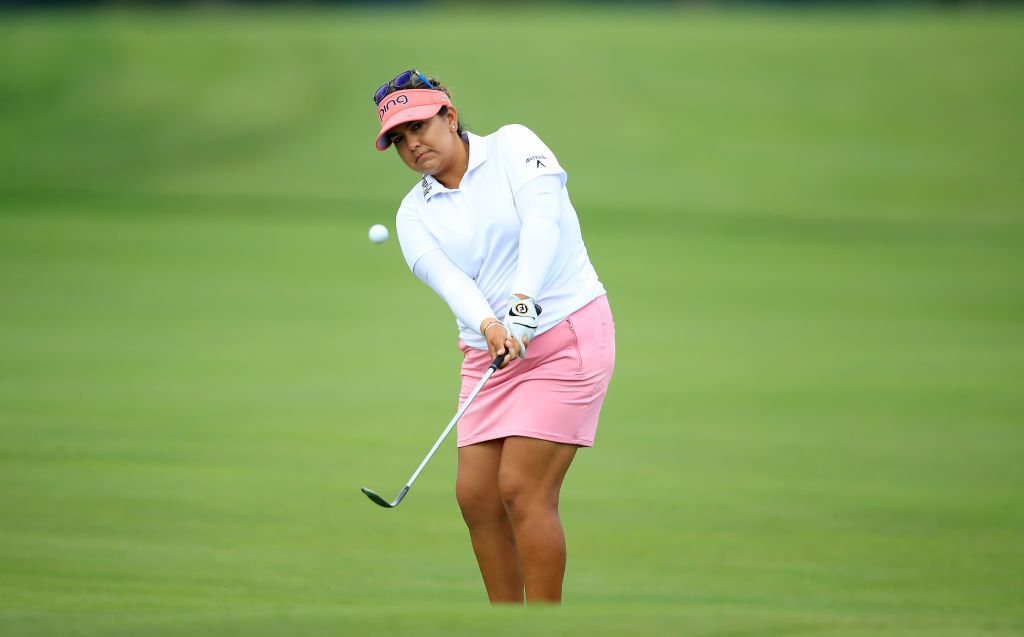 Lizette Salas matched the Brickyard Crossing course record by shooting 10-under to lead the field after the first-round at the Indy Women in Tech Championship Driven by Group 1001.

The No. 27 ranked player in the world, who has a two-stroke lead over Angel Yin and Japan’s Nasa Hataoka, started with an eagle on hole two and birdies on four, five and six to make the turn in 31.

The Californian put her foot on the pedal for the back nine with birdies on 12, 14 and 16. Even a weather delay couldn’t slow down Salas as she birdied 17 and 18 to close out her bogey-free 62.

.@LizetteSalas5 fires a 10-under par 62 to lead after day 1 @IWITChamp. She spoke with us after her round ==> pic.twitter.com/0EFAHhKO3x

Her round matched the course record set by Mike McCullough in the PGA Tour Champions’ 1999 Comfort Classic.

Defending champion Lexi Thompson made six birdies against just two bogeys to post a 68 to open her title defense.

Although yet to find the winner’s circle in 2018 Thompson remains upbeat.

“I feel good about where my game’s at. Just definitely trying to be more relaxed out here and just let my game show,” she said. “I have put in the hard work, and just going to go out and see where it takes me.”