Lizetta Salas edges in front after scorching 64 in Indianapolis 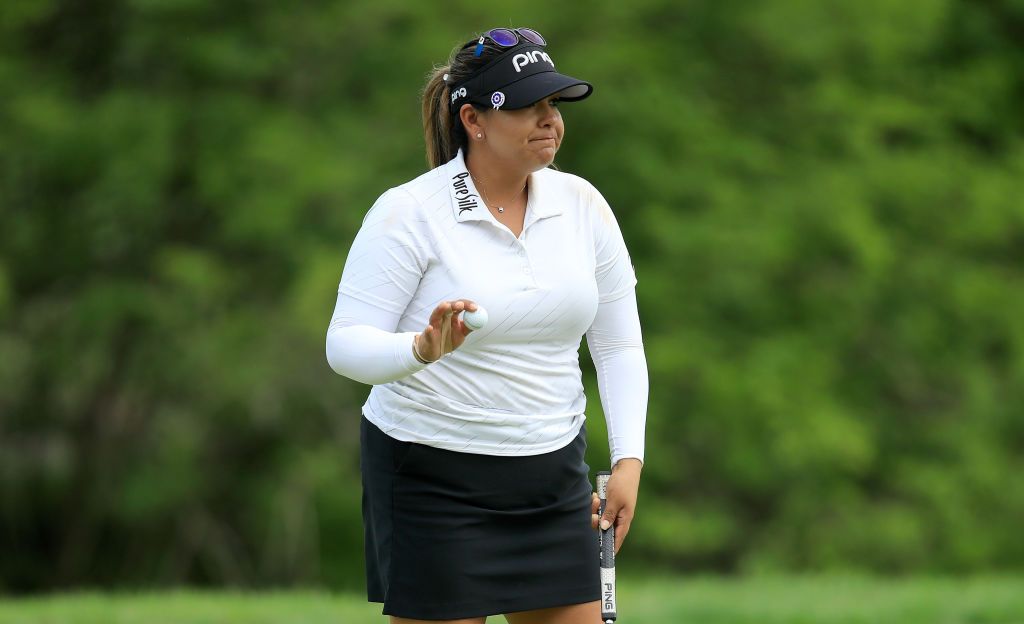 Lizette Salas moved back into pole position on Saturday at the Indy Women in Tech Championship with a stunning 64 as she searches for a first LPGA win in four years.

The 29-year old, who shot a course record 62 at Brickyard Crossing to grab the early lead on Thursday, moved two shots clear of playing partner Sung Hyun Park thanks to a blemish-free, eight birdie round that left her on 21-under par.

Park was in sizzling form going out, reaching the turn in just 30 strokes as she hit six birdies.

Two more on holes 13 and 14 had seen her pull two shots ahead of Salas, before a stray shot into the water on sixteen resulted in a double bogey six.

Salas, meanwhile, rounded off her day with birdies at the 16th and 18th.

Tied in second place on 19-under alongside Park was Amy Yang, who shot a 65.

Defending champion Lexi Thompson also moved into contention, matching Salas with a 64 as she finished in solo fourth place on 16-under par.

Salas is winless on tour since her only title so far at the 2014 Kingsmill Championship.