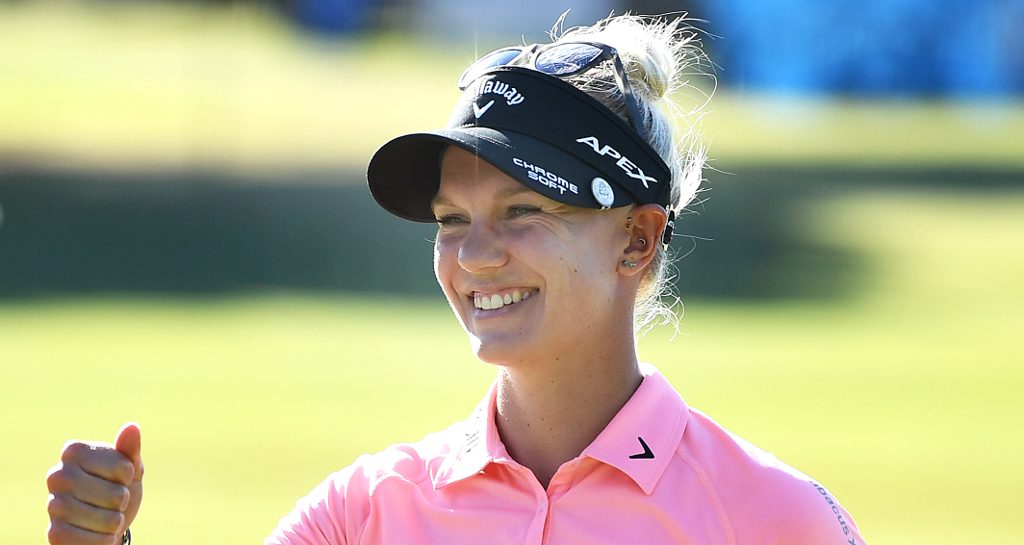 Wei-Ling Hsu and Madelene Sagstrom managed to put some distance between themselves and the rest of the field at the Women’s Australian Open on Friday.

Hsu and Sagstrom share a three-shot lead on 10 under par after the conclusion of the second round thanks to rounds of 69 and 67 respectively.

Lying in a tie for third on seven under are Nelly Korda (66), Haru Nomura (67) and local favourite Hannah Green (69).

Aussie veteran Karrie Webb had put herself right in the running after the first round but fell seven shots off the pace after a second-round 74 that included a double-bogey on the par-3 14th after she hit her second shot out of the bunker and across the green into another sand trap.

“I paid the penalty for a lot of my missed shots,” she said. “I’m disappointed not to play better and be close to the lead.”

Korda’s 66 was equal to the lowest round of the day and included seven birdies in a 10-hole span.

“I got off to a really solid start and just kept it going,” she said.

Nice day at the office for @NellyKorda:

World No 1 Ariya Jutanugarn managed to make the cut after rebounding with a 69 on Friday, having opened with a 76 the day before.

There was no such luck for former No 1 Lydia Ko, who did not make the weekend after shooting 77.