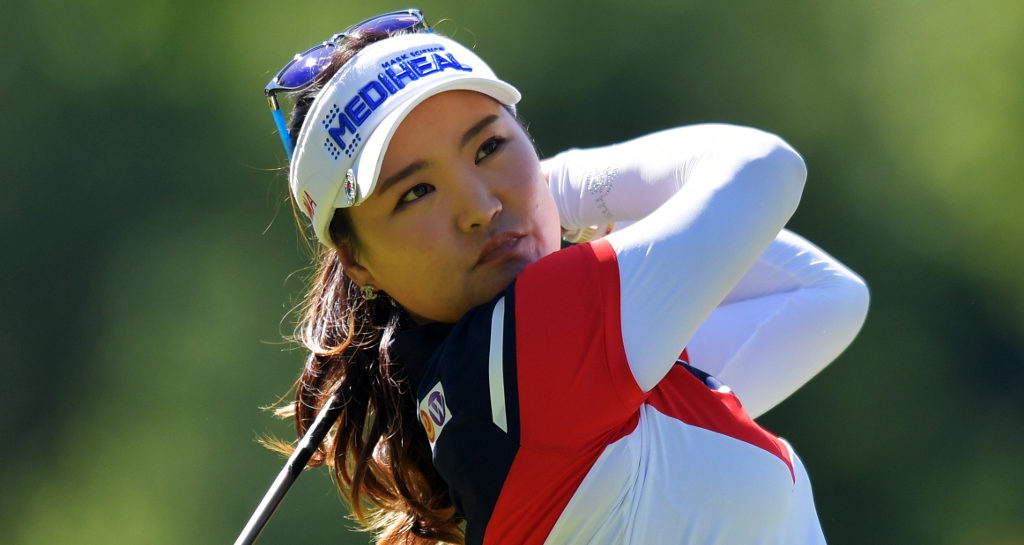 New world No. 1 So Yeon Ryu has high hopes as she prepares for the year’s second major at the LPGA Women’s PGA Championship in Chicago this weekend.

The South Korean took over at the top of the world rankings this week after victory at the Walmart NW Arkansas Championship on Sunday.

With the win she also became the first two-time winner on the LPGA Tour this year. Her first coming in April at the year’s first major – the ANA Inspiration.

Rather than setting modest goals such as a third career major (she also won the 20122 Women’s US Open), the confident Korean is aiming slightly higher.

“The Grand Slam is one of my best goals right now,” she said on Tuesday.

“That’s the one I really want to achieve. So even though I’m No. 1 right now, I still have to knock down three more tournaments to become a Grand Slam winner, so I don’t think I am going to stop to keep improving myself.

“From last week I got a lot of confidence to play this Major tournament, especially I think this week is really important to have a great iron shot, and my iron shot has been really great,” she said. “I feel pretty comfortable playing this golf course.”

It won’t be easy though as all the top talent from the women’s game will be present at Olympia Fields.

The first 16 events of 2017 have seen 15 different champions, indicating the depth of talent currently on the tour, while Thailand’s Ariya Jutanugarn and New Zealand’s Lydia Ko, both recent world number ones, will be fighting with Ryu every step of the way.

Commenting on the strength of the tour, current world number three Ko said: “It just shows the amount of talent that everybody feeds off each other and they’re all really good vibes that we’re feeding off. I’m working hard to keep consistently putting myself in positions.”

“I think I have so much fun because like I know they’re great, they’re amazing golfers, they can win in any tournament, and they can become No. 1 in any week, we never know,” she said.

“And that makes me feel easier because I don’t have to worry about the ranking.”

Defending champion Brooke Henderson of Canada is also a threat.

“This is a very different course from last year,” said the 19-year old Henderson. “But the pressure is still the same. It’s a major championship, and it will be a tough week. Hopefully I’ll get off to a fast start Thursday.”

The world No. 12 will begin her defence in good form having claimed her fourth career win just two weeks ago at the Meijer LPGA Classic.