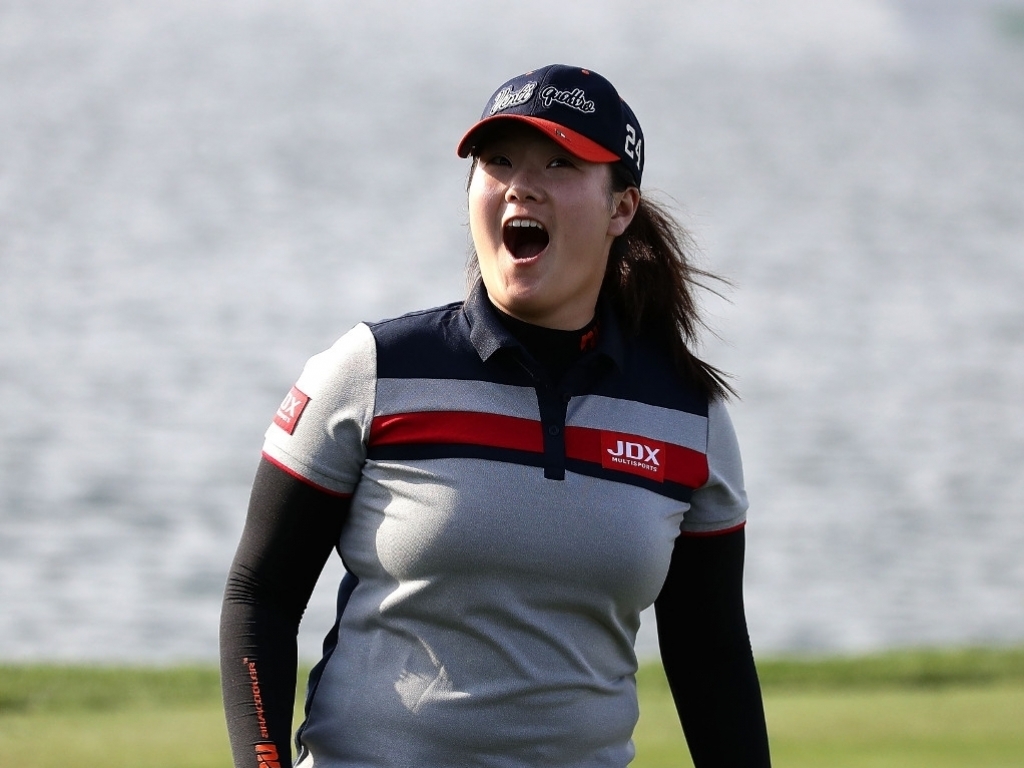 LPGA Tour rookie Angle Yin will take a two-stroke lead into the weekend after a superb second round at the KEB Hana Bank Championship on Friday.

The American picked her way around the sunny SKY72 Golf & Resort course, signing for seven under 65 which moved her to 11 under for the tournament.

The round was enough for a two-stroke lead over South Korean trio In Gee Chun, Jin Young Ko and Sung Hyun Park, of which the latter had a share of the opening round lead.

Even par after four holes, a sizzling six iron left Yin with a 12 foot eagle putt, which she drained to kickstart her round.

“That got everything started,” confirmed the 19-year-old, who went on to rack up six birdies and a bogey as she rocketed to the top of the leaderboard.

“I made a few pars in the beginning, but that eagle just fired everything up.

“The par fives, I’m able to hit irons into them, which is very helpful. I can get closer. Like with my eagle, I hit a six iron in and ended up with a 12 foot putt. The last hole, the par five 18th, I had a four iron in. Irons, you get more accuracy on them.”

Further down the leaderboard, America’s Cristie Kerr is T4 on eight under par while world number three Lexi Thompson carded a second consecutive three under 69 to leave her five shots adrift on six under