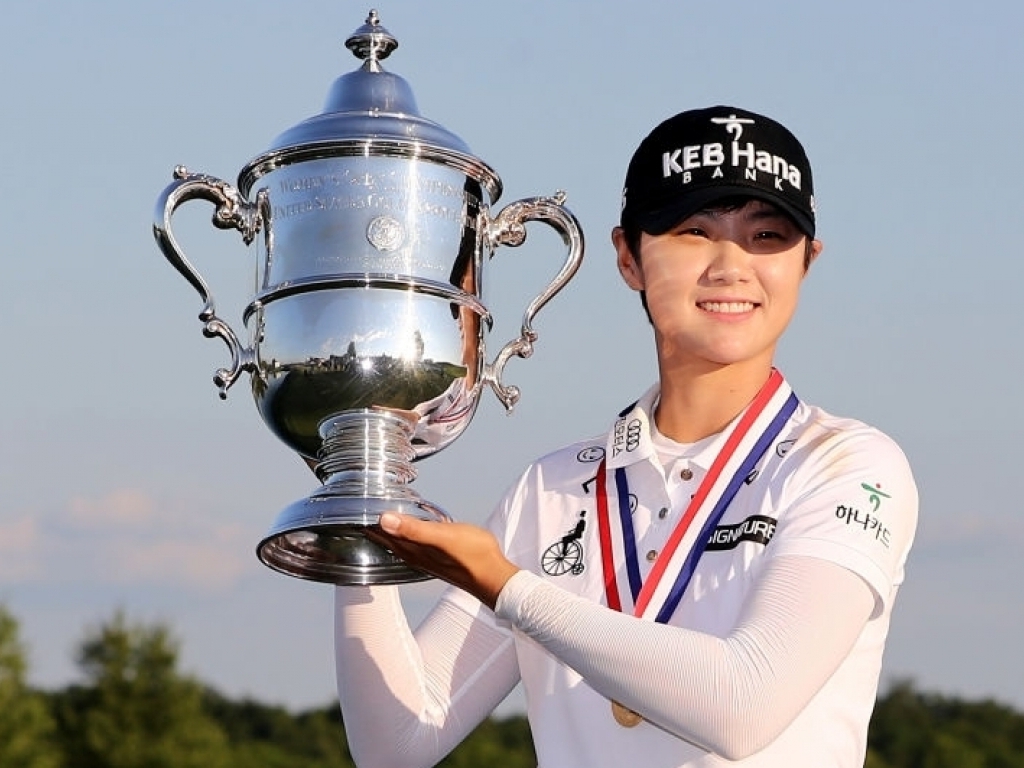 South Korean rookie Park Sung Hyun won the US Women's Open title by two strokes on Sunday after shooting a five-under par final round of 67 at the Trump National Golf Club Bedminster.

Park finished at 11-under for the tournament after coming out on top of a final round battle with compatriot Choi Hye-jin and China’s Feng Shanshan.

As with Danielle Kang at last month’s KPMG women’s PGA, Park’s first victory of her career also happens to be a major.

Park, 23, birdied the 15th to move into a tie for the lead and opened up a two shot lead with another birdie at the 17th after 17-year old amateur Choi had found water on the short 16th.

Choi finished second, two shots behind Park on nine under par, while Feng slipped into a tie for fifth place on six under after a triple bogey on the final hole.

Park tied for third at last year's US Women's Open in her first appearance, holding the 36-hole lead before a pair of 74s saw her finish in third place, two strokes off the playoff .

But there was no stopping her this year as she showed remarkable poise to fire six birdies in her final round.

“I did not have the best first and second rounds,” Park said via a translator. “I wanted to believe in myself again for the final two rounds and I did.”