Roadblock at the top of Japan Classic leaderboard 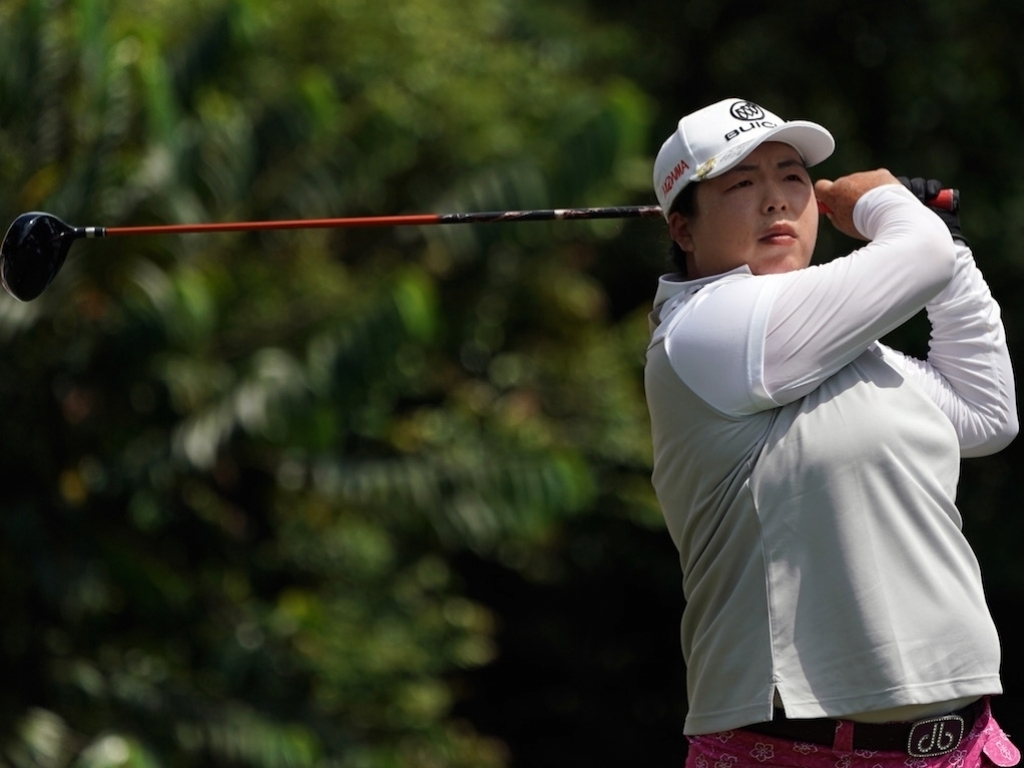 There’s a seven-way tie at the top of the leaderboard at the Toto Japan Classic after round one in Ibaraki, but Shanshan Feng looks to be the in the best shape after a strong finish to her opening 18 holes.

Feng was only one-under-par through 11 holes, but made five birdies in her last seven holes to climb into a tie for the lead. She looks to become the first golfer on the LPGA Tour to defend a title in 2017.

The flurry of gains she made in the second-half of her round were just reward for some consistently good ball-striking.

“I did start the day slowly, just like usual, and then I got my first birdie on the eighth hole finally. After that I was like that’s just the first of many, and then my ball striking was very good on the back nine,” she said.

“My five-iron was really working so it left me a lot of birdie chances and I even missed one five-foot birdie. I still made like four in a row in the last five holes so I’m really happy about that.

“What I did today was good, and I think I just stick to my same plan.

“I believe if my ball striking is as good as normal then I’ll give myself a lot of birdie chances every day. So, if my putting is working I should be able to shoot lower scores.”

In her last six starts, Feng has finished in the top-seven five times, and is riding a hot streak into her title defence this week.

The Toto Japan Classic is only played over three rounds.