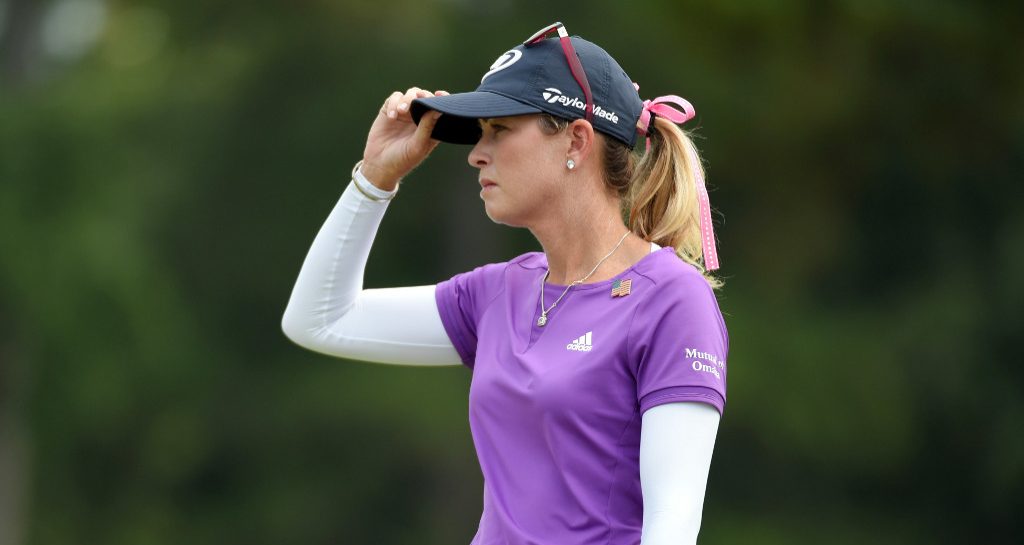 Former US Women’s Open champion Paula Creamer holds a one-shot lead after the opening round of the Evian Championship in France.

Creamer fired a bogey-free seven-under-par 64 at the Evian Resort Golf Club in southeastern France to seize the early initiative at the penultimate women’s major championship of the year.

It’s the first time she has led a major since she won the U.S. Women’s Open at Oakmont in 2010, and Creamer seems to be finding her best form with the Solheim Cup around the corner.

ICYMI: Round 1 highlights from @EvianChamp where @ThePCreamer leads by one.

Creamer, who hasn’t won on the LPGA Tour since 2014, has two top-10 finishes among four top-20 showings in her last five starts.

It hasn’t been the easiest few years on and off the course for the American, who spent six months out of the game with a wrist injury that required surgery before also having to deal with the end of her marriage.

But Creamer feels like she’s turned a corner this year, and the significant swing changes she undertook are also starting to bear fruit.

“I feel like I’m in a really good place off and on the golf course,” she said. “It’s hard enough out here, and then you bring your other life into the mix of things.

"The first time I came here and saw all the pink, I said 'this place is for me' and then I won!" That was in 2005 when @ThePCreamer was a rookie on the LPGA Tour.

“I feel, really, just in control,” she added. “I think we’ve got a really good system going on now with my team. I’m confident and playing good golf. When you’re in control, you kind of feel better about going into tournaments with tighter pins, things like that.”

Lying one shot behind Creamer in second place is South Korean Mi Hyang Lee, who looked set to tie for the lead before a bogey at the last pegged her back.

Joining her on six under are countrywomen Inbee Park and Jin Young Ko, winner of the year’s first major, the Ana Inspiration, back in April, and American Brittany Altomare.

England’s Mel Reid leads the European charge on five under alongside Jennifer Kupcho.

World No 1 Sung Hyun Park follows on four under alongside Chella Choi and Austin Ernst.