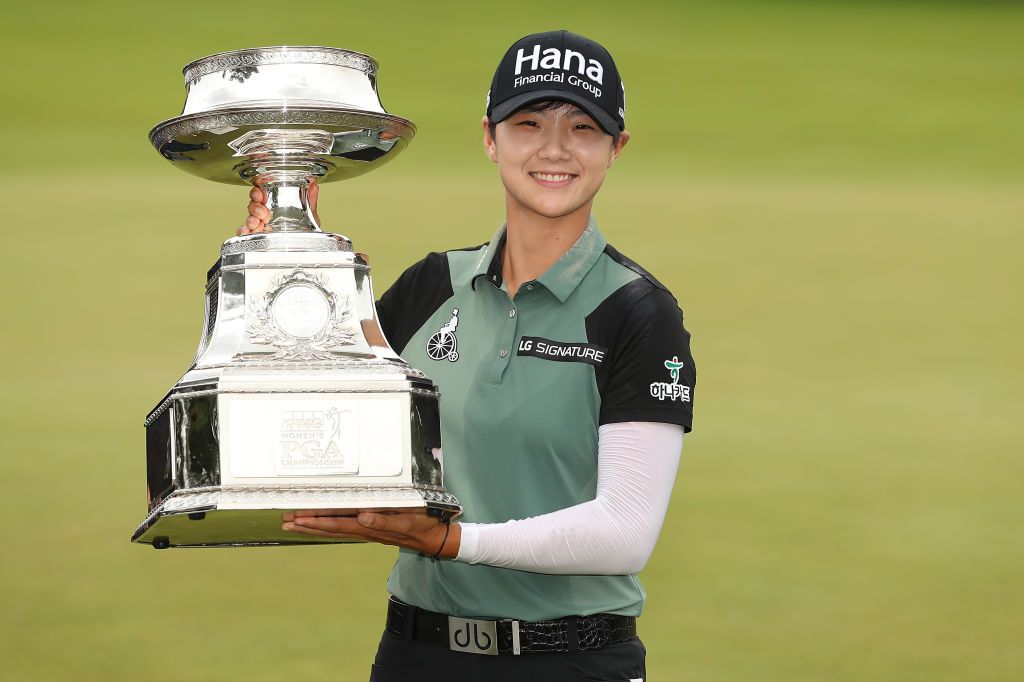 The 24-year old rolled in a 10 footer for birdie at the par-4 16th at Kemper Lakes after Ryu’s birdie attempt missed.

It wrapped up a tense finish to the tournament, that had seen Japanese teen sensation Nasa Hataoko knocked out a hole earlier with a par on the 18th as both Ryu and Park made birdie.

The 19-year old, who claimed a first LPGA title at the NW Arkansas Hataoka Championship last week, had earlier shot a sparkling eight-under final round of 64 to surge back into contention and earn the clubhouse lead at 10 under.

Ryu had looked to be in control as she held a two-shot lead after a birdie at the 16th, but the two-time major winner found water at the next hole for a double bogey.

Park, meanwhile, held her nerve on the 16th with a superb par save from the edge of the hazard on her way to a 69.

This may be the shot that ultimately won it for Sung Hyun Park. pic.twitter.com/Jwqh5923bp

The normally calm Korean then broke down in tears.

“Actually, this is my first time feeling this kind of emotion,” said Park said through an interpreter. “I couldn’t help it.”

Jessica Korda (68) and Angel Yin (71) finished in a tie for fourth at 7-under par, while England’s Charley Hull (67) was a shot further back at 6 under alongside Brooke Henderson, who fell away from second position overnight with a 74.