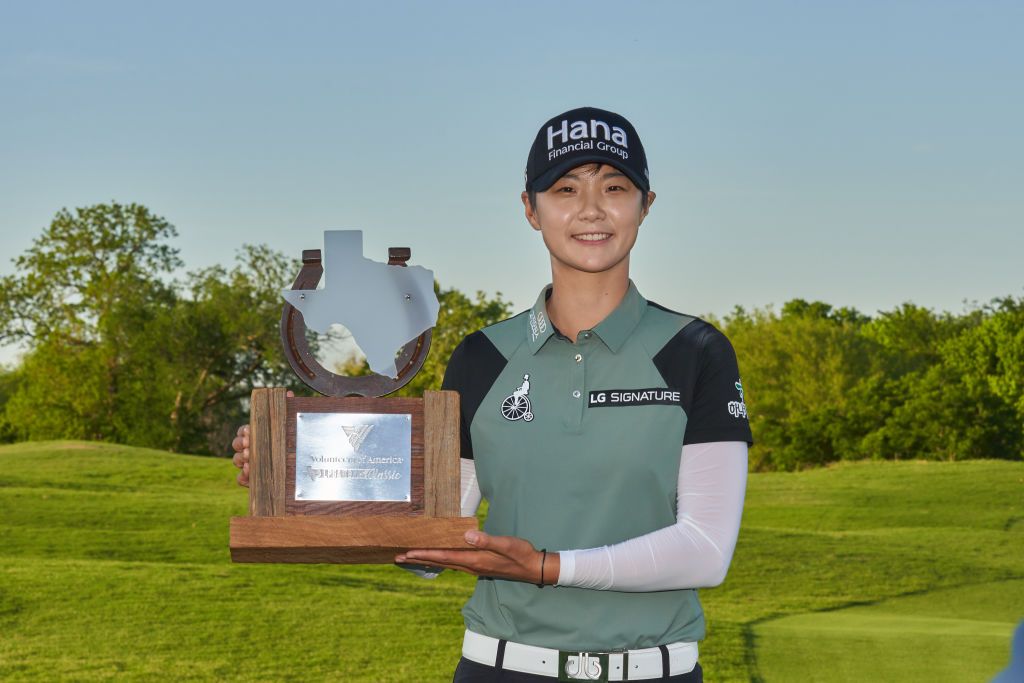 Sung-hyun Park claimed her first win of the season on Sunday with victory in the weather-shortened Volunteers of America LPGA Texas Classic.

Park finished on 11-under par, one shot ahead of Lindy Duncan after torrential rain at The Colony in Texas saw the tournament reduced to just 36-holes.

The 24-year old Korean, the top money winner on the LPGA Tour last season, followed up her first round 65 with a 66 that included five birdies and an eagle.

The world number is recovering from a slow start to her second year on tour that saw her miss two cuts and earn just one Top 10 finish in her first seven starts.

Park started her Sunday badly with a bogey at the first hole, but hit back with an eagle on the fourth. Three more birdies on the way out took her to 10-under par, before she chipped in for birdie at the final hole to set the early clubhouse lead.

Sung Hyun Park puts an exclamation point on her final round as she chips-in for birdie on 18 to finish at 11-under @VOATexasLPGA.

Duncan came the closest, but two birdies in her final five holes were not enough.

China’s Yu Liu finished two shots off the pace at nine under after eagling her penultimate hole, while Thailand’s Ariya Jutanugarn finished in a tie for fourth with Sei Young Kim of Korea at eight under.