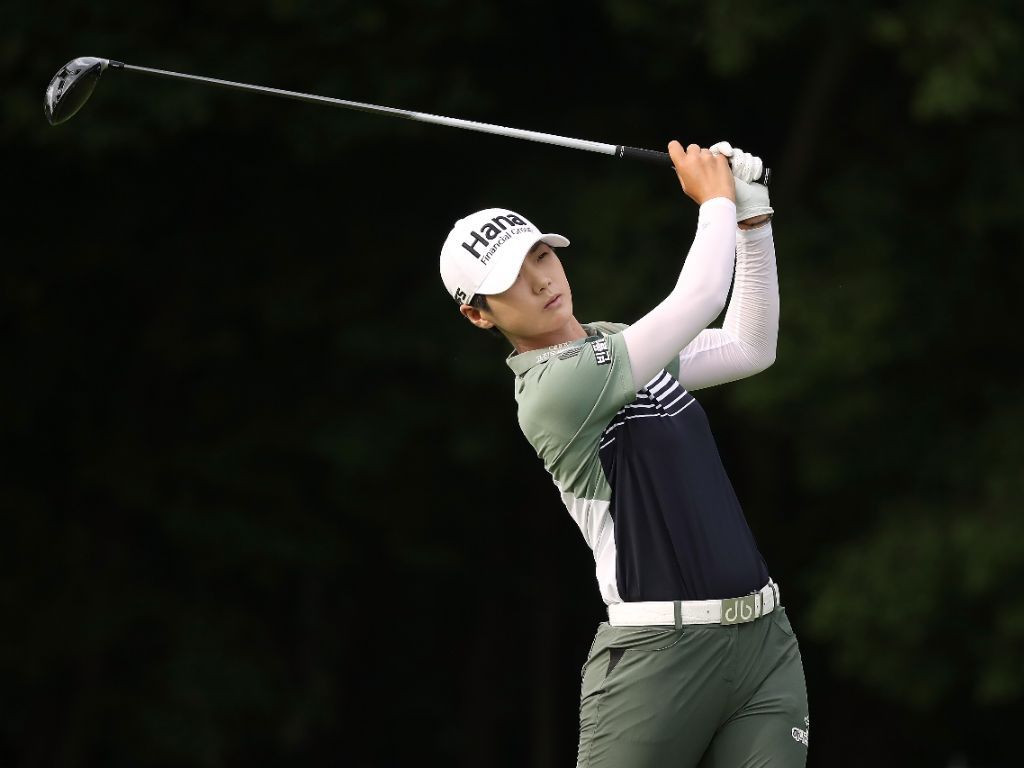 Sung Hyun Park rediscovered her touch on the greens, as she took a slender advantage after the opening round of the KPMG Women’s PGA Championship.

The South Korean shot a bogey free six under 66 at Kemper Lakes to move to the top of the leaderboard – one shot ahead of the quartet of Brooke Henderson, Jessica Korda, Jaye Marie Green and Brittany Altomore.

Park had followed up May’s LPGA Texas Classic win by missing three successive cuts and then finishing down in joint 61st in last week’s event in Arkansas.

Team #KOR’s Sung Hyun Park’s fan club ‘Namdalla’ was out in full force @KPMGWomensPGA today and she is LEADING after Round 1! #ULIC2018 pic.twitter.com/jPhboGEX5j

But a change of putter brought a change of fortunes for the 2017 US Women’s Open champion, as she put herself in contention for another major by registering birdies on three of the four par fives in her bogey-free round.

“I felt like something little was missing, especially my putting,” Park said.

“But this week, I [feel] comfortable.”

Like Park, Korda is enjoying a course that favours the big hitters, as the American looks to add a major to her five LPGA Tour wins. She birdied three of the opening six holes, with further birdies coming on 14 and 15.

Korda said: “Finally, a golf course that benefits the long-hitters. The last couple weeks it’s definitely been a lot of 3-woods or even 4-irons off the tees, so this is really, really nice.”

However, the big names in the field found it harder going – Michelle Wie shooting 71, reigning US Women’s Open champion Ariya Jutanugarn carding an even par 72, while world number one Inbee Park and defending champion Danielle Kang both finished with 73’s.