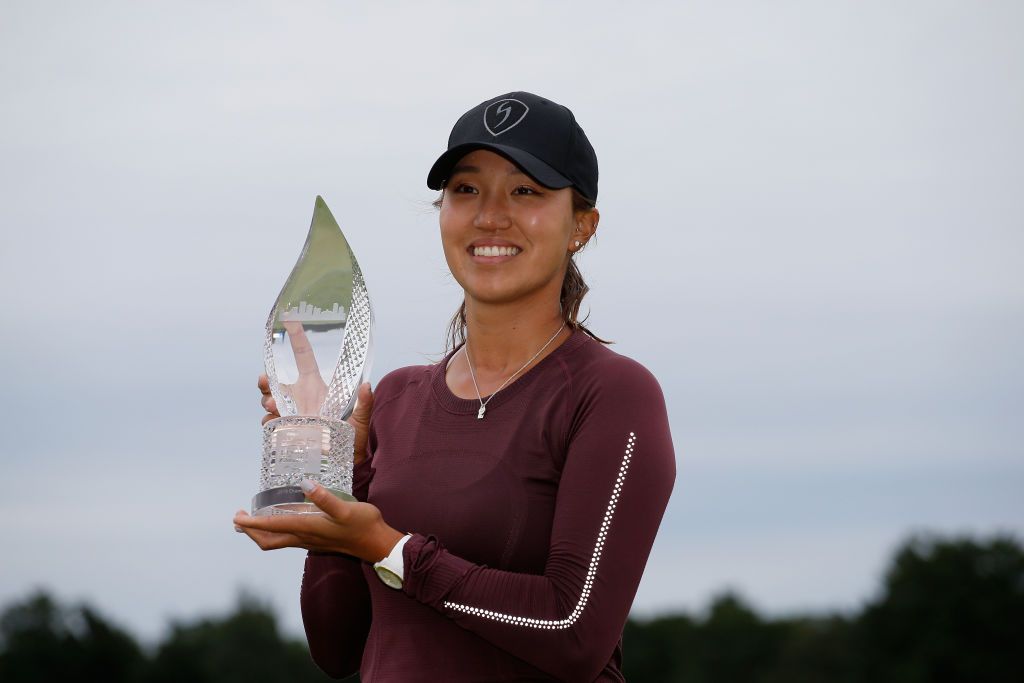 Annie Park claimed her first LPGA title on Sunday at the ShopRite LPGA Classic, shooting an 8-under round of 63 for a one-stroke victory over Sakura Yokomine.

The 23-year-old New Yorker missed the tournament record by a stroke as she fired an eagle and six birdies on Stockton Seaview’s Bay Course to finish at 16-under par.

.@AnnieParkUSC was up to the challenge today! Watch highlights from her final round @ShopRiteLPGA: pic.twitter.com/FrQry78grc

Park’s stunning final round was bettered by Yokomine, who tied the course record with a 61 that included an eagle at the third hole and eight more birdies.

Local girl Marina Alex came in third place at 14 under par after carding a 64 that included an ace at the 17th.

Overnight leader Sei Young Kim of Korea, who broke the course record on Sunday with a 61, shot a 70 to finish in fourth place at 13 under.

“I can’t really describe it in words,” Park said. “Been through a lot of struggles. I thank my family for being here. There’s so many people that supported me, and without them I can’t be here where I am today. So I thank them so much.”