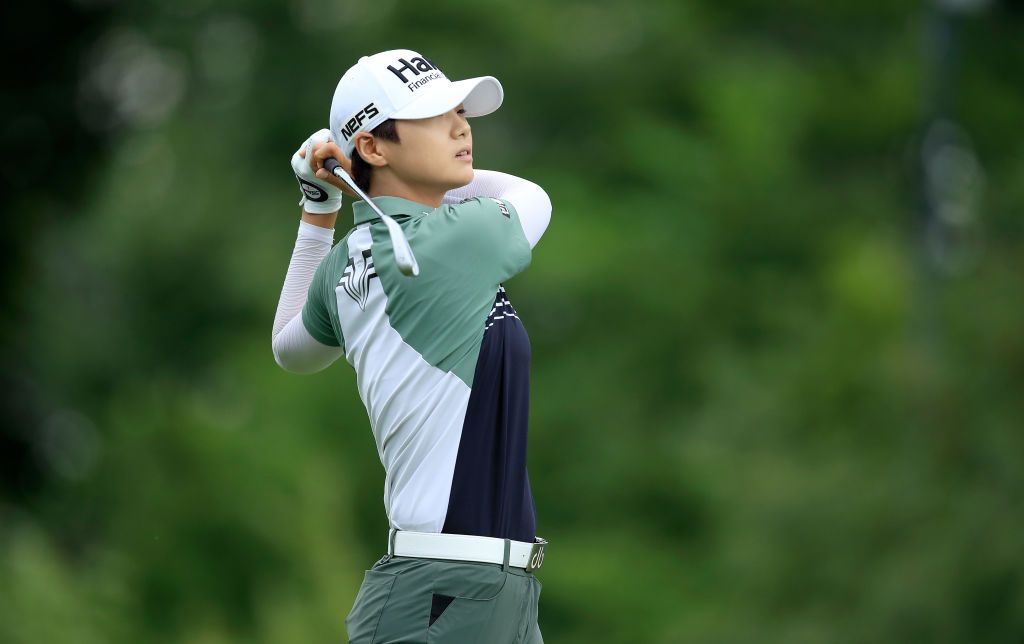 The second round of the Indy Women in Tech Championship was suspended due to darkness with 72 players due to return to the course on Saturday morning to finish the round.

Sung Hyun Park and Lizette Salas share the early lead after a rain-hit day two at the Brickyard Crossing in Indianapolis, each completing their rounds before the problems with the light.

Park, 24, shot a 9-under, 63, carding three birdies on the front nine and six on the back to post the lowest round of the day.

“I’m going to do really well,” Park said. “I feel really good about my game, especially my short game, since my practice.”

First-round leader Salas, who went round in 62 on Thursday, had another good day and apart from hoping to make more putts doesn’t plan to change much.

“Honestly, just keeping the same mentality, same aggressiveness on certain clubs and certain pins. I think it’s pretty boring for me,” Salas, who has one LPGA win, said.

Her 36-hole score of 13-under par 131 beats her previous career low by two strokes.

America’s Danielle Kang and Nasa Hataoka of Japan are two shots behind Park and Salas at 11-under.

The second round will resume on Saturday morning and once complete, the 36-hole cut will be made. The projected cut is currently at 3-under par. Defending champion Lexi Thompson has ten to complete, but currently sits well inside the cut line at 6-under par.