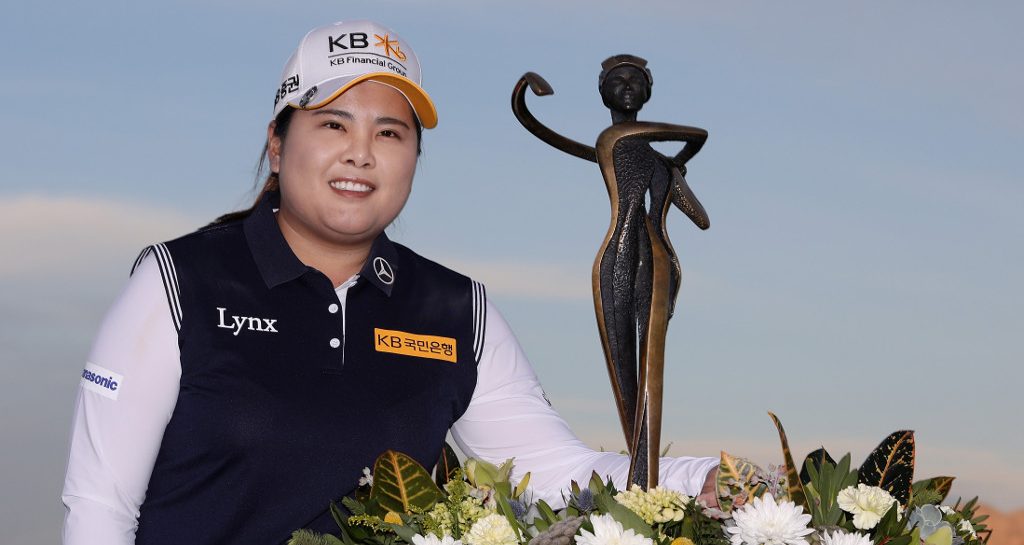 Inbee Park claimed victory on Sunday in the Founders Cup by a five-shot margin.

Park’s run of four straight birdies from the 12th hole was enough to see her pull away from Laura Davies, who was bidding to become the oldest winner in LPGA Tour history.

The South Korean finished with a 5-under 67 to close at 19-under par at Desert Ridge for her 19th LPGA Tour title and first in just over a year.

Davies did herself proud, fighting injury to shoot a 69 and end the day three strokes back in a tie for second alongside Thailand’s Ariya Jutanugarn and Marina Alex of the US.

But it was not to be as Park pulled away on the back nine. It began with a 15-foot putt from the fringe at the 12th, and concluded with another from the bunker at the par-5 15th.

Park was playing in just her second tournament after taking four months off following the Women's British Open in August.

Jutanugarn fired a 70 to finish second for the second year in a row, while Alex concluded with a 68 for the best finish of her career.

Michelle Wie, a winner in Singapore earlier this month, finished well down the leaderboard on seven-under after an even par 72.