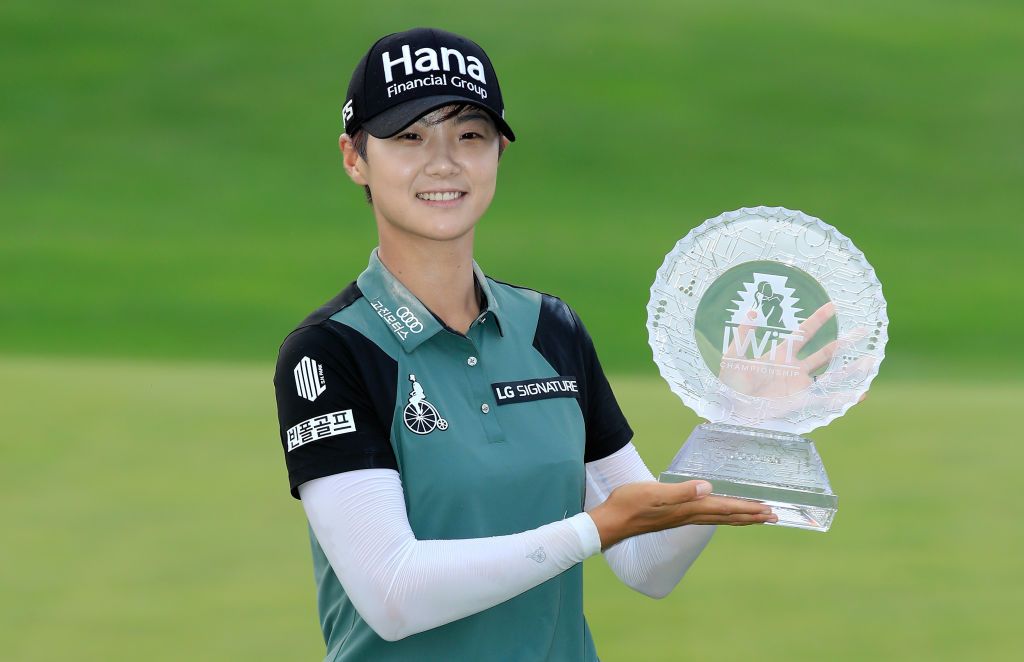 Sung Hyun Park will move back to No 1 in the world after defeating Lizette Salas in a playoff to claim her third title of the season at the Indy Women in Tech Championship on Sunday.

The South Korean joins Thailand’s Ariya Jutanugarn as the only three-time winner on the LPGA Tour this season, while she will replace Jutanugarn at the top of the latest rankings after the Thai star could only finish five shots off the pace in a tie for seventh at Brickyard Crossing.

Starting the day two shots behind Salas, Park carded a four-birdie 68 to squeeze into the playoff when Salas bogeyed the penultimate hole after finding the rough off the tee.

ICYMI: Final round highlights from @IWITChamp where Sung Hyun Park won on the first playoff hole for her 3rd win of the season.

The American then missed a short birdie attempt on the 18th that would have sealed the win outright.

In the playoff, Park holed a downhill six footer for birdie on the very first hole as Salas could only manage par.

The win was the latest title for Park in a roller-coaster second season on tour.

After winning rookie and player of the year for 2017, she recorded just one top-10 finish in her first seven starts in 2018, while missing two cuts. She finally managed a first win of the year in May before missing her next three cuts in a row. Two events later, Park won the second major of her career at July’s KPMG Women’s PGA Championship.

South Korea’s Amy Yang was third, a shot back after a 69.