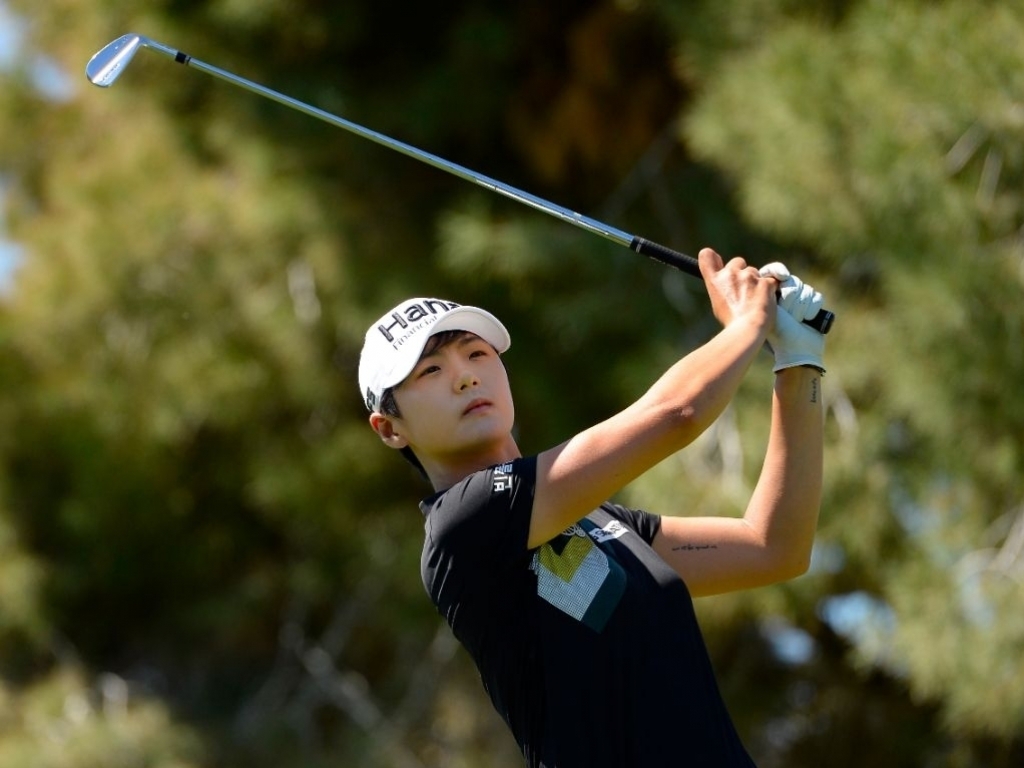 Sung Hyun Park made big strides on the second day of the ANA Inspiration after the South Korean and co-leader Pernilla Lindberg broke away from the pack.

Park produced the round of the day in California after an eight under 64 saw her move to 12 under overall at the halfway point of the tournament.

That saw the US Women’s Open champion and first round leader Lindberg forge an ominous three-shot advantage over third place Jessica Korda.

“I was super-focused at the U.S. Open, and felt just as focused today,” said Park.

7 birdies, 1 eagle and a bogey to make a round of 64 for Sung Hyun Park! She's currently co-leading heading into the weekend! @ANAinspiration pic.twitter.com/vIAs2Uy7cY

“I just felt really good about my driver. The shots fell in just as I wanted.”

Park shot seven under over a nine hole stretch – including an eagle from 100 yards on the 15th.

Lindberg impressed too after a 67 saw her become the only player in the field to avoid dropping a shot during the first two rounds.

Another bogey-free round put together by @pernillagolf!

“I’m just collecting so much experience out here every year, that I’m getting more and more ready just to be in this situation. Every time I’m there, I’m just so much more comfortable,” said the Swede.

Korda is alone in third place, with the quartet of Ayako Uehara, Jodi Ewart Shadoff, Amy Anderson and Charley Hull two shots further back at seven under.

However, Lexi Thompson dropped down the leaderboard to four under after a 72, while Michelle Wie is at two under after a bogey-free 67.