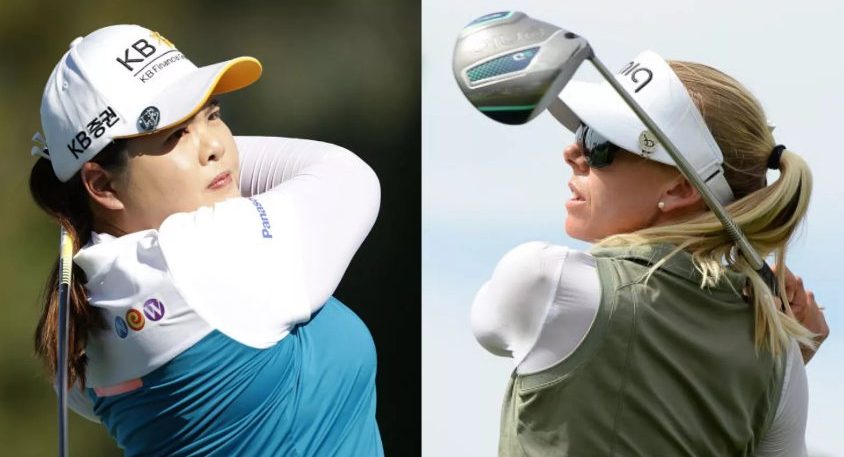 Inbee Park and Pernilla Lindberg will return to Mission Hills on Monday morning to decide the winner of the ANA Inspiration title after four extra holes failed to separate them.

Park, Lindberg and Jennifer Song finished the 72 holes tied at 15 under par, but Song dropped out at the third extra hole after a par failed to match birdies from her opponents.

The remaining two then played the 18th hole for a fourth time in virtual darkness, but could not be separated after holing out for pars.

Park is seeking her eighth major title while Lindberg is chasing her first ever career win in the 250th start of her professional career.

“Inbee’s one of the best female players of all time and just to be in a playoff with her gives me goose bumps, it’s so cool.” @pernillagolf @ANAinspiration pic.twitter.com/UvuuG8xQt6

The playoff came after a dramatic finish that saw all three players birdie the final hole to edge ahead of Jessica Korda (66) and Ariya Jutanugarn (65), who were already in the clubhouse at 14 under par.

Park’s entry into the playoff was the most spectacular, the 2013 champion and 19-time LPGA winner shot a superb 67, birdieing both the 17th and 18th holes after she had dropped a shot at the 16th.

Song had enjoyed a blemish-free 67, while overnight leader Lindberg recovered well to shoot a one-under 71 after two early bogeys.

Jutanugarn’s sister Moriya ended one shot behind her sister and two off the lead on 13 under, alongside England’s Charley Hull (69), whose chances were wrecked by a double bogey on the third hole.