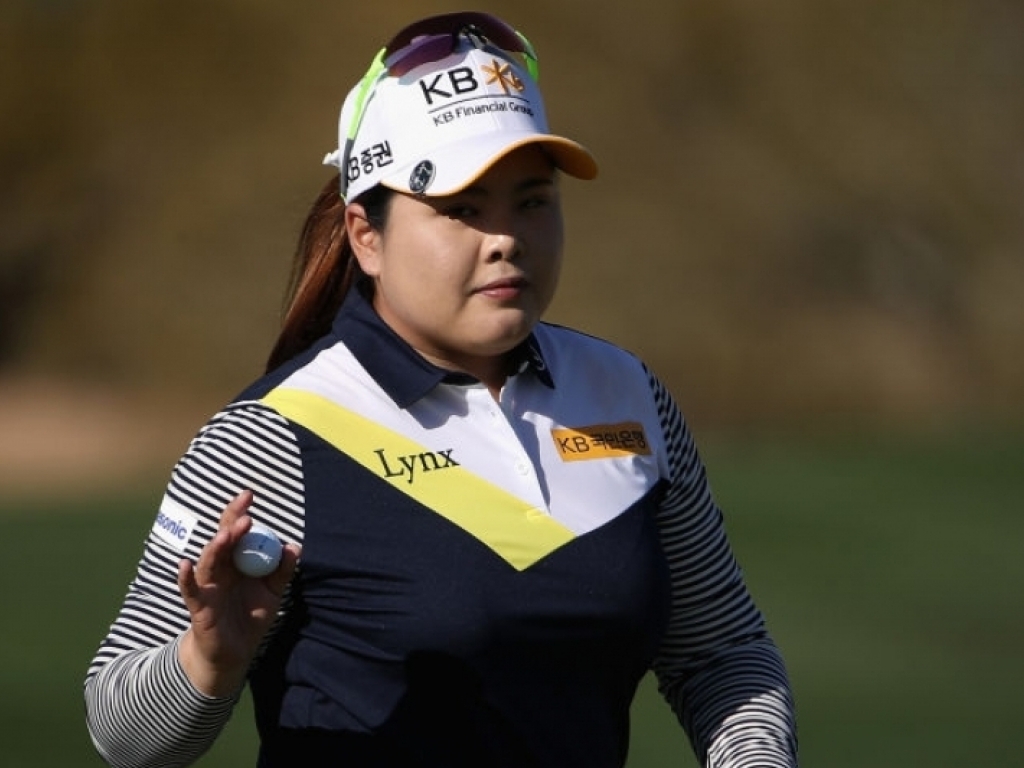 Inbee Park capitalised on a roaring start at the Founders Cup on Saturday, picking up six shots in her first five holes as she surged to the top of the leaderboard.

Park birdied the first, second, fourth and fifth, while eagling the third after holing out from 90 yards as she went out in 29 strokes.

She continued her form on the back nine, picking up two more birdies as she completed a stunning nine-under 63 to finish at 14-under par.

Matching her on the day was hall of famer Laura Davies, the 54-year Brit rolling back the years in sunny conditions at Desert Ridge as she also carded a 63 to move into a tie for fourth place just three shots back.

Park holds a one-stroke lead over Colombia’s Mariajo Uribe, while Thailand’s Ariya Jutanugarn was in third spot after a third successive 68 left her at 12 under.

.@InbeePark is back to her familiar spot at the top of the leaderboard!

See what she had to say after round 3 @LPGAfounders: pic.twitter.com/gFACaCelau

"The front nine, everything felt great," Park said. "Still, the back nine, I felt like I was hitting the ball pretty solid, but just the putts didn't seem to drop like front nine. If it dropped like front nine, it would've been 59."

A winner 18 times on tour, Park has seven majors and said she is feeling refreshed after taking a few months toward the end of last year.

Davies, who has not won on the tour since 1999, fired her best round since 2005. She likes Phoenix, though, having won the Standard Register PING at Moon Valley four straight years between 1994 and 1997.

With her 3rd round 63, Laura Davies tied her second-lowest round of her career which was in 2005! @LFCLJD

"I'll certainly have a crack at it," Davies said. "At least I've given myself a chance now."

Davies, who is carrying Achilles tendon and calf injuries, said she was determined to carry on.

"I can swing as hard as I want with no feeling at all, but every step is just misery," Davies said.