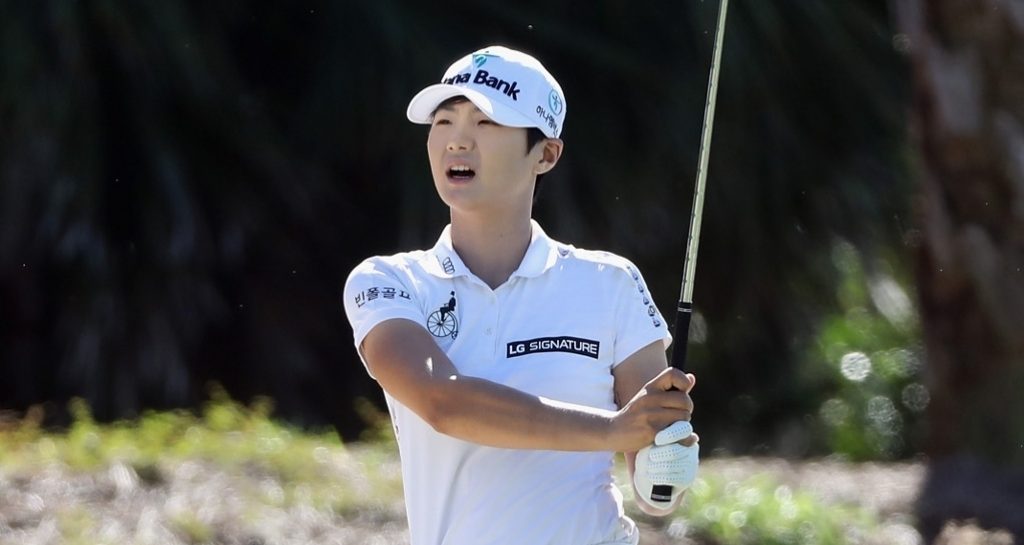 The South Korean – who has already been crowned the LPGA's Rookie of the Year following her sensational US Women's Open win – is one of five players who control their own destinies at Tiburón Golf Club this week in terms of the Race to the CME Globe, the year-long points competition on the LPGA Tour.

Like Lexi Thompson, Shanshan Feng, So Yeon Ryu and Brooke Henderson, Park will win the $1 million prize if she also wins the tournament.

And the 24-year-old put herself in the pound seats to pull off the impressive double after opening up a three-shot lead over the rest of the field during Friday's second round.

Park started the day one off the lead but caught fire on the front nine, making no less than five birdies in a row from the fifth for a superb outward 31.

Another birdie at 12 and a stellar eagle at the 17th handed her a four-shot lead, but a bogey at the last meant she only had to settle for a 65 – though she probably won't be complaining about a 12-under-par total and a three-shot cushion heading into the weekend.

After an eagle at 17, Sung Hyun Park finishes with a bogey. Still holds the lead by 3 shots! #CMEGroupLPGA pic.twitter.com/Kh303ddOtM

Her nearest challengers are Caroline Masson of Germany, who shot a 66 to move to nine under, and Australian Sarah Jane Smith, who had a 69.

Overnight leader Lydia Ko failed to build on her stellar start on day one, a level-par 71 keeping her on six under par, six back.

Park's closest rival in the Race to the CME Globe is Lexi Thompson, who also lies on six under after a 67.

Brooke Henderson is eight shots back after two rounds of 70, while at 11 shots adrift both Shanshan Feng and So Yeon Ryu will need something very special on the weekend.