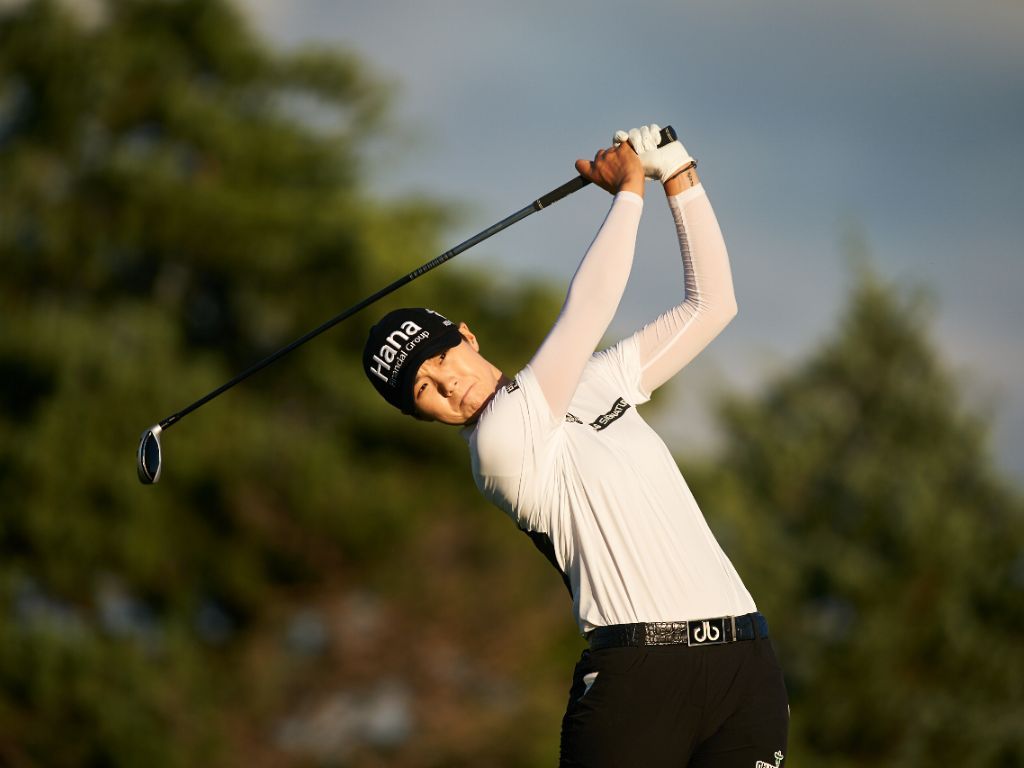 South Korea’s Sung Hyun Park sits at the top of the leaderboard at the Texas Classic after the weather continued to hamper the tournament.

After the first day’s play in Dallas was a complete wash-out due to torrential rain and gail-force winds, LPGA officials decided to reduce the event to 36 holes.

Only half of the field got onto the course on Friday after play didn’t get underway until the afternoon.

Park – the top ranked player in the competition – shot six under from the opening 14 holes after sinking seven birdies and one bogey.

Maintenance crews and rules officials continue to work on @OldAmericanGC course and assess playing conditions to get Round 1 underway.

Fellow Koreans Jenny Shin and Sei Young Kim lie two shots back in second after the pair were both at four under following 14 and 12 holes respectively.

France’s Celine Boutier is the clubhouse leader after shooting a one under 70. She was one of only 12 players to compete their opening round.

Bouter – who started her round with two bogeys on the opening three holes – said: “I needed a couple of holes to warm up so I didn’t start the best. I was pretty steady all day after so a good round.”