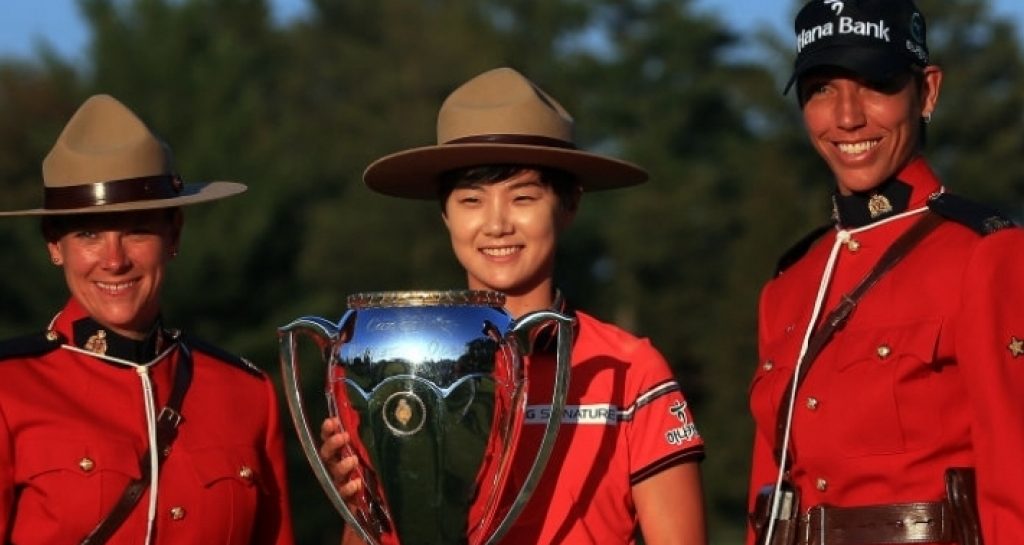 The win saw rookie Park collect her second LPGA victory this year – the first was the U.S. Women's Open – to become the third multiple winner on the tour this season alongside compatriots In-Kyung Kim (three titles) and world number one So Yeon Ryu (two).

Park birdied the final hole to finish two strokes ahead of another South Korean Mirim Lee.

The 23-year old, who has 10 wins on the Korean LPGA tour, was four strokes off the pace set by leaders Nicole Broch Larsen and Mo Martin entering Sunday’s final round, but hit seven birdies, including five in eight holes from the third, to climb to the top of the leaderboard.

Runner up Lee shot a 68 that included two eagles.

Overnight leader Larsen shot an even par 71 to fall back into a tie for third place at 10-under par alongside four other players including Cristie Kerr (69), In-Gee Chun (70), China’s Shanshan Feng (68) and Marina Alex (68). Martin finished a shot further back after carding a 72.

Local favourite Brooke Henderson could not match her heroics from a day earlier, where she shot a course-record 63, finishing with a 71 to end up tied for 12th at seven-under par.

Michelle Wie, who had been tied for 23rd place overnight, had to withdraw after being taken to hospital for surgery to remove her appendix.