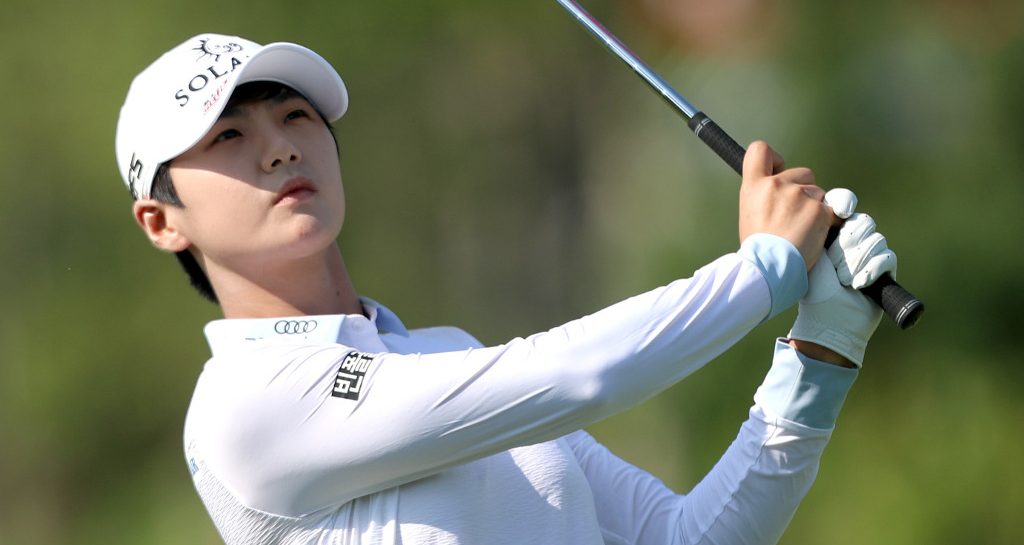 Sung Hyun Park and Carlota Ciganda share a two stroke lead going into the third round of the Walmart NW Arkansas Championship.

Park surged up the leaderboard with a sizzling eight under 63 around Pinnacle Country Club, enough to join Ciganda on 13 under for the tournament. A host of ladies are two shots back in the chasing pack and tied for third, including world number one Hyo Joo Kim, first round leader Inbee Park and American Daniel Kang.

World number two Park was nearly flawless, stepping on to the 16th tee while seven under for the round. While some poor golf saw her card her only bogey on the 16th, the South Korean bounced back to birdie the closing two holes.

“I only have one win this season, but overall I think I have been doing a good job,” Park told lpga.com.

“Last week I did pretty well, too. Tomorrow, I hope to focus on each shot.”

ICYMI: Round 2 highlights from @NWAChampionship.

Meanwhile, Ciganda started her round with a bang. After a potent drive on the par four first, the Spaniard chipped in from 60 yards for an eagle two. Ciganda drained two more birdie putts before making the turn, then bagged another coming home for a flawless five under 66.

“There’s still lots of golf to play tomorrow and it can go very low here,” the 29-year-old told the press.

“I think it’s nice to be up there, but I think there are some great players there.”