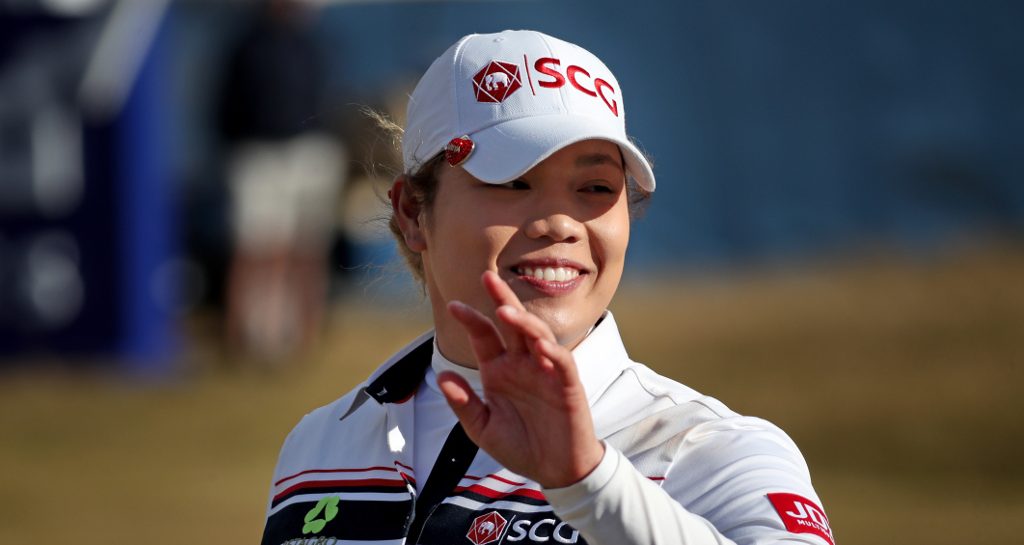 After starting the round in a five-way tie for the lead, the American’s eagle on the fifth and a birdie on the 16th was enough for her to break away from the chasing pack on the Sentosa Golf Club’s Tanjong course.

In the side door!@AmyOlsonGolf makes this birdie putt on 16 to take the outright lead at 7-under at the HSBC Women's World Championship.

“I’ve made some pretty good shots on both those par fives to set them up,” Olson said after the round.

Former world number one Lydia Ko had to settle for a round of 70 to go into the weekend at two-under, while Women’s Australian Open winner Nelly Korda (70) is at even-par at the halfway stage.

“Well, I tried to get out of some trouble by punching out… I proceeded to hit a tree … and slammed the grip end of the club in the ground, little did I know it was going to bounce up and hit me full force in my lip,” Korda said on Twitter.

“That’s what we call Karma.”