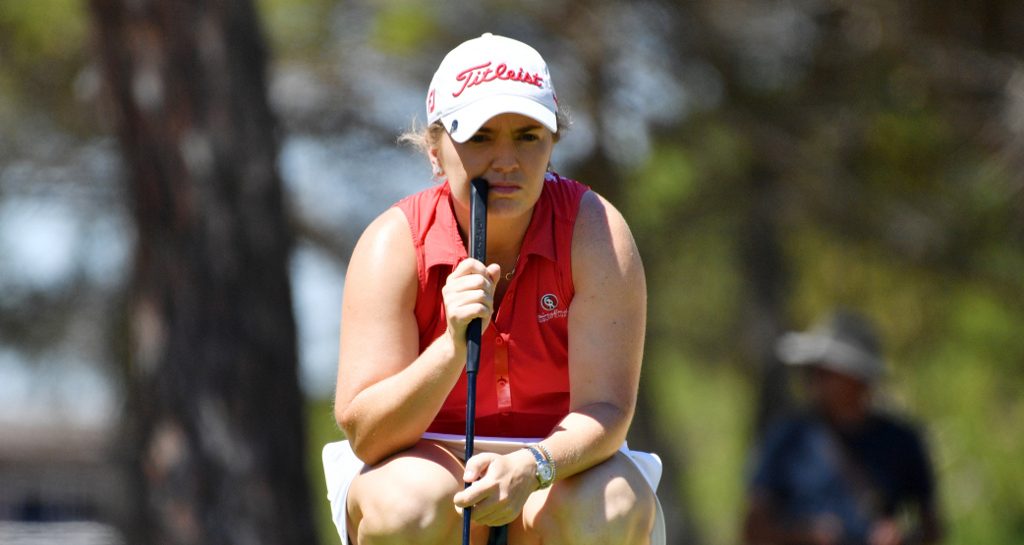 Sweden’s Anna Nordqvist fired a six-under-par 65 at the LPGA Tour’s Pure Silk Championship on Thursday to grab a share of the first-round lead with Bronte Law and Jennifer Song.

Nordqvist started slowly and found herself one over for her round after an early bogey at the third, but she rallied superbly after that, adding seven more birdies – including four straight from the 13th to the 16th – to finish the opening day at the Kingsmill Resort course in a tie for the lead.

“I feel like I’ve played a lot of good – well, can’t say good golf – but I feel like I play a lot solid golf,” Nordqvist said. “Just haven’t really got anything out of it.

Round 1 of the @PureSilkChamp saw a number of players post low scores, which means plenty of memorable shots!

England’s Law, meanwhile, enjoyed a bogey-free round that included four birdies and an impressive eagle-three at the third following a chip-in, the same hole that Nordqvist bogeyed.

“I started finding myself with a good score. Nothing more to it,” Law said. “On days like this when it’s windy just got to keep grinding all day, take the chances when they come.”

Song took full advantage of the par-5s, birdying all three of them while adding three further gains.

“It was a bogey-free round, so I was extremely happy about that,” Song said. “Course conditions are great. Greens are firm and pretty much everything was going well.

“I was driving it well and I was getting it on the green. When I had a chance for birdie, I think I pretty much made all of them.”

“I don’t know if the wind was supposed to stay like this the rest of the week, but it makes the course a lot tougher,” Henderson said.

The Pure Silk Championship is the final warm-up for the players before next week’s US Women’s Open at the Country Club of Charleston in South Carolina.