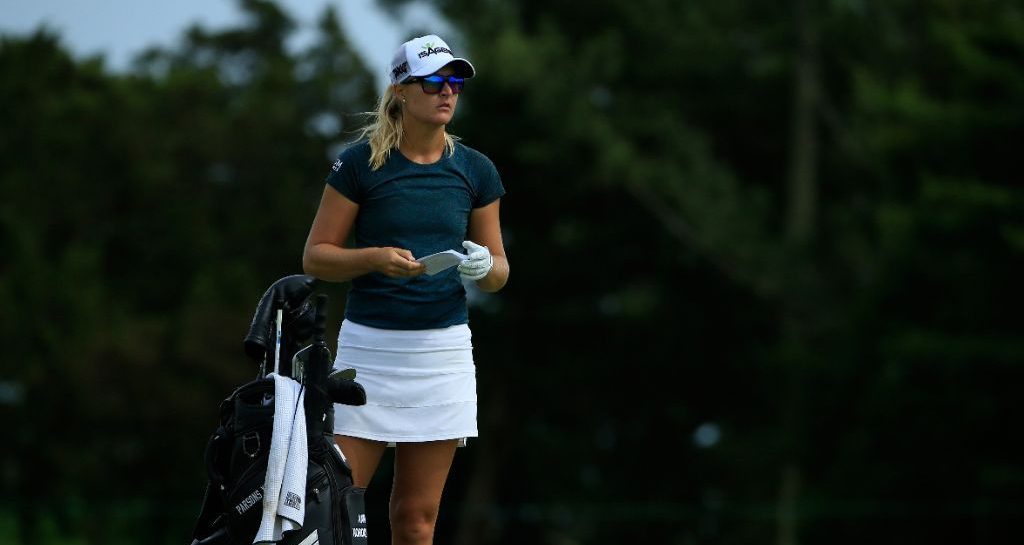 Anna Nordqvist put herself on course for a third ShopRite LPGA Classic title after taking a share of the first round lead in New Jersey.

Nordqvist won the 54-hole tournament in both 2015 and 2016, along with a second place finish last year, and she found herself in familiar territory alongside Laura Diaz and Celine Herbin at the top of the leaderboard.

The Swede produced a bogey free five under 66 at the Stockton Seaview’s Bay Course – finishing her round with a birdie on the par five ninth.

“Honestly, I have a lot of good memories from here,” Nordqvist said.

.@ANordqvist birdies her final hole of the day to go bogey-free and tie the lead after round 1 of the @ShopRiteLPGA! pic.twitter.com/gJDiUutFcL

“It’s a place that makes me happy. I seemed to be striking the ball better today than for most of the year, so I was very consistent, gave myself a lot of chances. I was trying to stay patient out there and I’m very happy to post a good round.”

Hole-in-ones, hole-outs and a whole bunch of birdies! Watch highlights from round 1 of @ShopRiteLPGA pic.twitter.com/KiGyVWkYTi

Lydia Ko, In-Gee Chun and Pernilla Lindberg lead the chasing pack at four under, while Sandra Gal, Su Oh, Beatriz Recari, Amy Yang and Marina Alex are one further back – two adrift of the lead.

World number four Shanshan Feng – the highest-ranked player in the field – shot a 69.