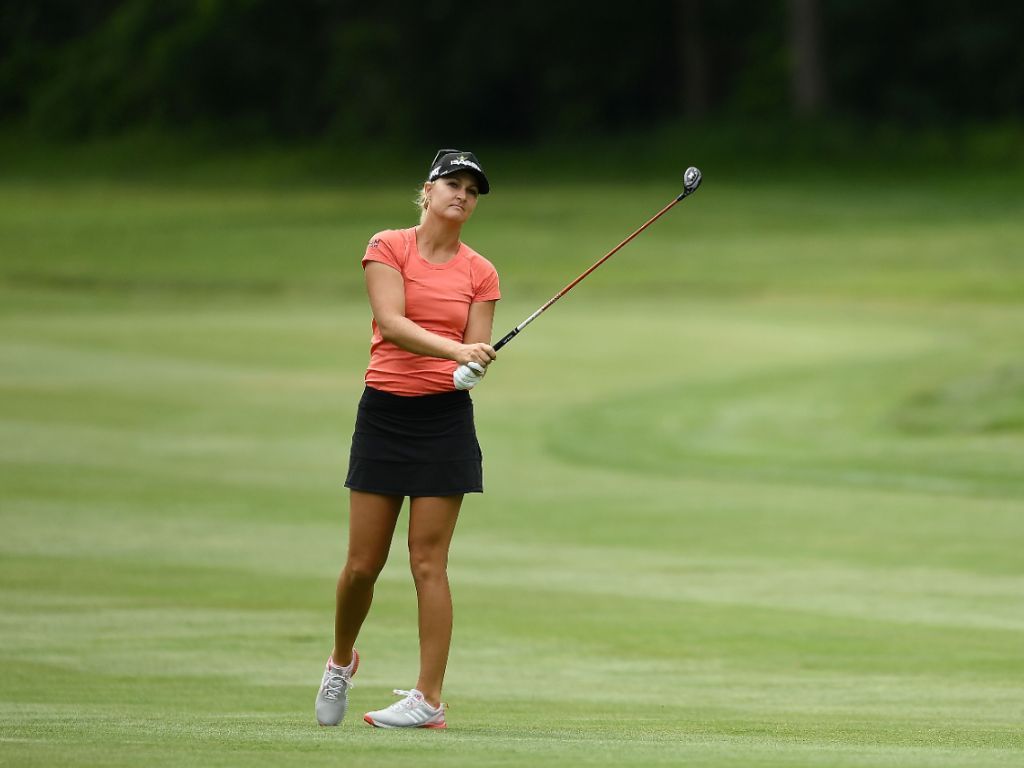 Anna Nordqvist and Lee-Anne Pace produced almost carbon copy rounds at the Meijer LPGA Classic to create a two-shot lead at the top of the leaderboard.

The pair each shot eight under 64’s on the third day at Blythefield Country Club to move to 18 under overall – two clear of second round pace-setter So Yeon Ryu.

Both co-leaders sank birdies on four of their opening five holes and on two of their last three – even making 20-foot putts on the 18th, as they completed bogey-free rounds.

What was working today for @LeeAnnePace? Everything.

Sweden’s Nordqvist said: “It just feels good playing good golf. I feel like I need to trust myself.”

South Africa’s Pae added: “I love this golf course. It reminds me a lot of home, and I love shaping the course. It’s fast on the greens, and I was hitting my irons really, really well these first rounds.”

Ryu remains in contention after a 69, which featured six birdies, a double bogey and two bogeys, while Angela Stanford and Caroline Masson are one further back at 15 under.

Sophia Popov and Sakura Yokomine lie at 14 under, while Azahara Munoz and Lydia Ko still have a slight chance at 13 under.