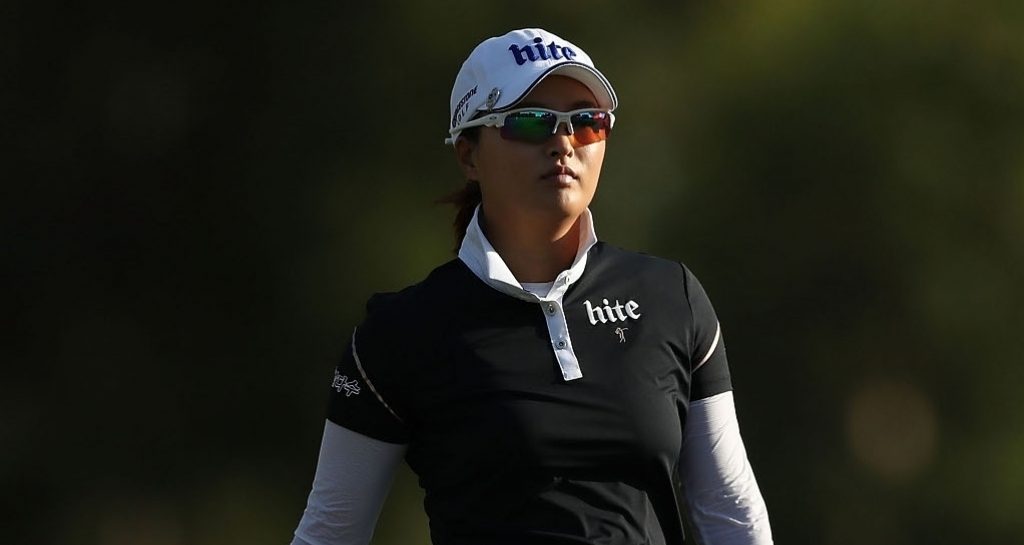 A solid second-round 69 saw Jin Young Ko stretch her lead to three shots at the Women's Australian Open in Adelaide.

Leading by two after a scintillating first-round 65, Ko was four shots worse off on Friday but still managed to extend her lead on a tougher day for scoring, with none of her closest rivals able to make a move.

Five birdies and two bogeys helped the 22-year-old from South Korea to a 10-under-par total, three shots clear of 23-year-old American Emma Talley, who also had a 69 on the day.

Rookie @talley_emma spoke with @AliWhitakerGolf after her 2nd round @WomensAusOpen. She's currently 7-under and just 3 off the lead going into the weekend. pic.twitter.com/hYZG9AKTJv

I like this course style," said Ko. "Korean courses (are) more long hit and narrow and then (I) have to get longer distance and then straight shots, but here is wider, so stress is less."

Two more Koreans – Sun Young Yoo and Jiyai Shin – follow in a tie for third on six under after rounds of 70 and 71 respectively.

It was a day to forget for Lydia Ko, who could only follow up a solid opening 68 with a three-over 74.

Ko debuted this week with a new swing coach and caddie – her 11th since turning professional.