Minjee Lee back in familiar territory at the LA Open 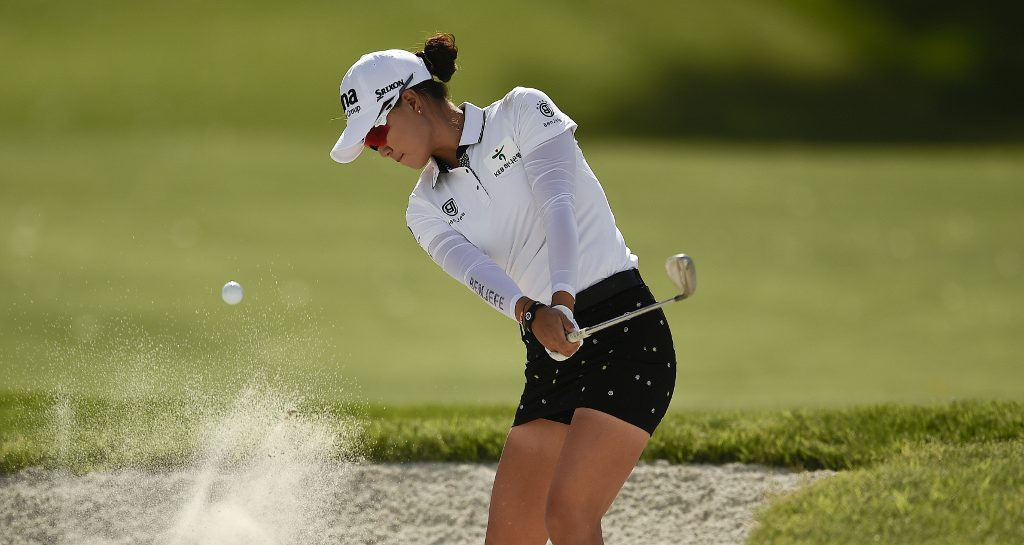 Australian World No 4 Minjee Lee holds a one-shot lead over Denmark’s Nanna Koerstz Madsen after the second round of the LPGA’s LA Open.

Twenty-two-year-old Lee, already a four-time winner on the LPGA Tour, added a second-round 69 to her opening 66 at Wilshere Country Club on Friday to put herself in the driving seat heading into the weekend.

Lee’s round included an eagle, two birdies and two bogeys as she reached a total of seven-under 135

“If you have solid iron play then it’s really going to help you. I think that’s what I’m good at. That’s what is really helping me.”

"I grinded it out and stayed patient" — @minjeegolf following her 2nd round 69 @lpga_la.

Lee has been knocking on the door of a victory all year. Her third-place finish at the Lotto Championship last week was her third-top three of the season.

Her eagle on Friday, which saw her hole out from 114 yards with a wedge, is a good example of why she’s been so competitive.

“Out of all the ones that I have been close to making, I think that’s the only one that I actually saw drop into the hole,” Lee said. “It was pretty cool to see it happen for the first time.”

Dane Madsen, who has one victory on the Ladies European Tour to her name and joined the LPGA in 2018 as a rookie, was second after a four-under 67.

“If you hit a good drive you get rewarded and you don’t have too far on the green, but if you’re a little bit off-line then it gets hard,” she said.

Morgan Pressel (66) and Mexico’s Gaby Lopez (68) were tied for third at five under.

“This course kind of has its quirks to where if you get on the wrong side of the pin it can be really challenging to get it up and down and save par,” American Pressel said. “I played smart and gave myself a lot of opportunities.”

Overnight leaders Hannah Green and Stacy Lewis both lie on four under, three back, after rounds of 73.

Green was left to rue a late double-bogey after finding water on the 17th.

“I just hit a really bad shot and got into the water,” she said. “Couldn’t really get myself out of jail, but definitely did not have the putter rolling as much as I would’ve liked. Had a couple three-putts, so that was pretty disappointing.”