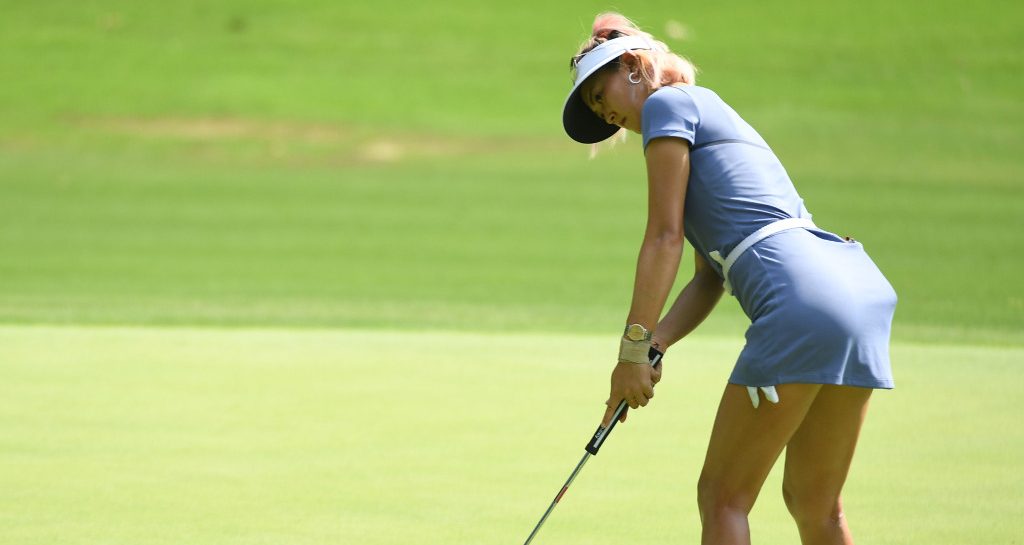 No stranger to tinkering with her game, Michelle Wie will be using a new putting grip at this week’s ANA Inspiration, the first LPGA major of the year.

Wie has decided to adopt a “left-arm lock” style of putting, with a belly length putter anchored against her left arm, with a left-hand low grip.

It’s a similar grip to what Matt Kuchar and a few other players currently use.

“It’s very, very new,” said swing coach David Leadbetter. “It is sort of a legal anchor, I suppose. A few guys are doing it now. She’s excited about it. She said it feels really, really good.

“It takes a variable out of the stroke. It just keeps the whole left-wrist, left-arm movement very solid. It’s a one-piece motion, which, as Michelle says, keeps the club face a lot squarer for her.”

Wie, who has been struggling with injury problems, will be making her first start since withdrawing during the first round of her title defense at the HSBC Women’s World Championship in Singapore over a month ago.

The American underwent wrist surgery that ended her season prematurely last year to repair an avulsion fracture, bone spurs and nerve entrapment in her right hand.

This is not the first time Wie is changing her putting stance. Two years ago, she dropped an unorthodox “table-top” style to adopt a more conventional stance, albeit with a number of grips she would rotate between, sometimes even during the same round.

“She has never been orthodox. She doesn’t like to conform. She’s always liked to buck the system in some way,” Leadbetter said.